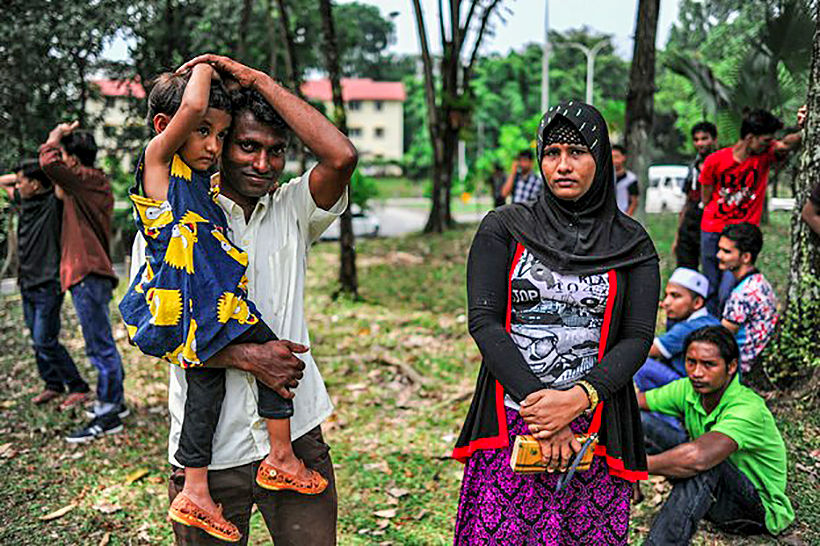 After the recent debacle in neighbouring Singapore, Malaysian authorities are locating undocumented migrants to contain potential spread of Covid-19. Already around 700 migrants and refugees have been detained in the capital Kuala Lumpur. Malaysia does not formally recognise refugees, regarding them as illegal migrants.

Those taken into custody include young children and Rohingya refugees from Myanmar. Raids occurred last night in downtown KL where thousands of migrants and asylum-seekers live.

The raids and detentions are aimed at preventing undocumented migrants from travelling to other areas as travel restrictions remain imposed to contain the virus.

Inspector-General of Police Abdul Hamid Bador told Bernama that “We cannot allow them to move freely… as it will be difficult for us to track them down if they leave identified locations.”

“Those detained would be placed at a single location for monitoring until the movement curbs were lifted.”

There’s been a wave of public anger and xenophobia in Malaysia over recent days about the presence of foreign migrant workers, particularly aimed at Myanmar’s Rohingya refugees. The accusations, largely unfounded, include them spreading the virus and “being a burden on state resources”.

Malaysia has around 2 million registered foreign workers but authorities estimate many more are living in the Southeast Asian country without proper documents.

Meanwhile former Malaysian PM Dr Mahathir Mohamad has joined the chorus condemning the rejection of Rohingya refugees, saying the authorities’ recent decision to turn away a boat carrying some 400 of them was “inhumane”. Thousands of Rohingya ‘boat people’ take to the sea each year as a way of escaping the attacks from the Tatmadaw, the Burmese militia, and persecution from Buddhist-majority Burmese.

In a blog post, Mahathir said the authorities should instead have given them food and fuel so that they could make their way to another country or return to Myanmar.