In another case of a truck ending up in the ocean, a pickup truck is getting an unscheduled washing after it rolled off a ferry leaving Phang Nga Island bound for Phuket on Wednesday afternoon. The truck, which was unsecured, quickly sank and remains on the seabed.

Wiwat Chidcherdwong, the Phuket Marine Office chief, says the pickup truck owner did not apply the hand brake after parking it on the ferry at Koh Yao, and added that the boat crew forgot to secure it with deck blocks.

“Crew members tried unsuccessfully to salvage the floating truck after it fell into the sea, but it sank.” 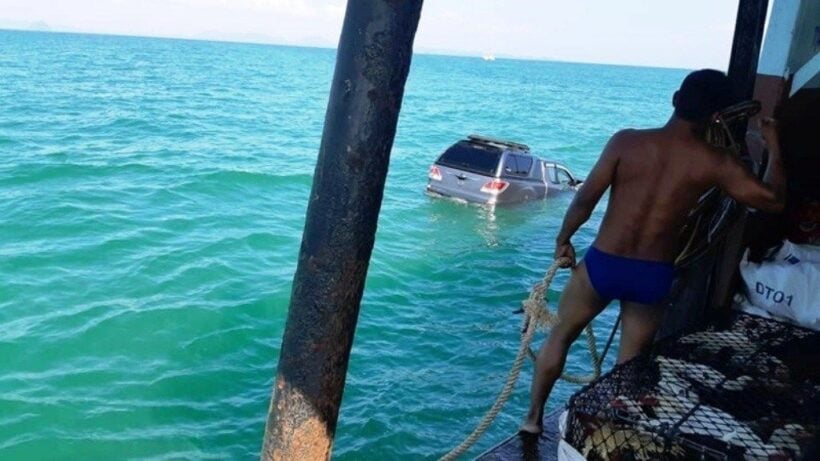 A spokesman for the Marine Police reports that rough seas may have tipped the vehicle from the deck. The pickup is still on the sea floor with a buoy attached, warning boats to keep clear.