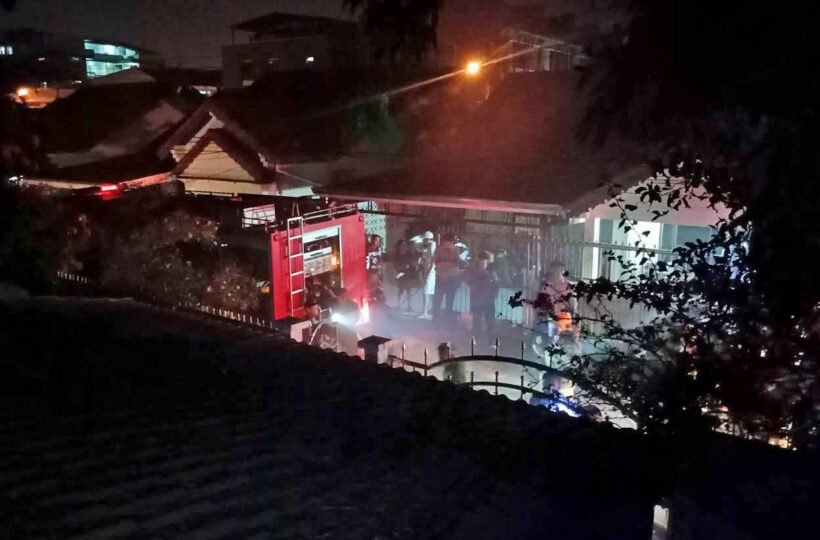 A Swiss man is dead after a house fire in Pattaya yesterday morning. Pattaya City Police were notified of an incident at 6am at a house in a housing estate. Police, emergency responders, firefighters and reporters arrived at the scene to find smoke and panicked neighbours. Firefighters quickly extinguished the blaze and a gas stove in the kitchen was found still on.

An 81 year old Swiss man was found choking from smoke inhalation. He was given CPR and medical assistance at the scene but was later pronounced dead. His name is being withheld pending notification of his family and the Swiss Embassy.

49 year old Phlaserdin Angel, a Filipino, survived the fire. He was found in a panicked state about several dogs who, it turns out, were rescued successfully by firefighters.

“He had lived with Angel at the house for some time. He was elderly and might have left the stove on by accident,” said a neighbour.

Police and investigators are continuing their investigation to find the specific cause of the fire. 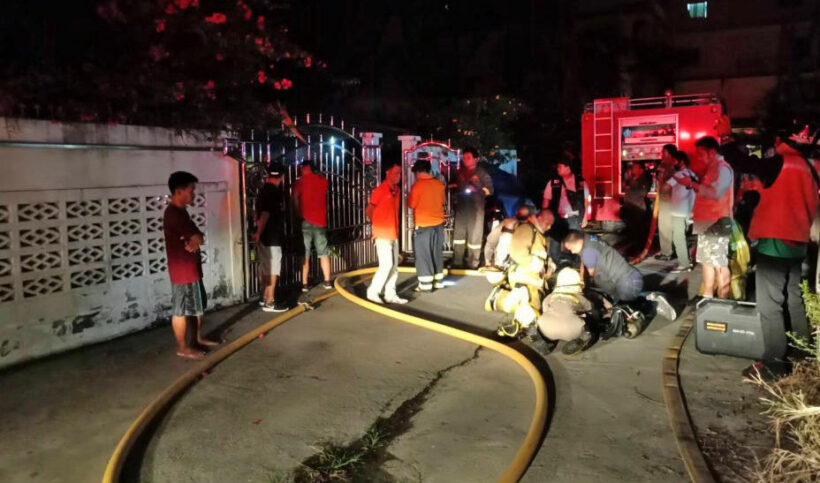