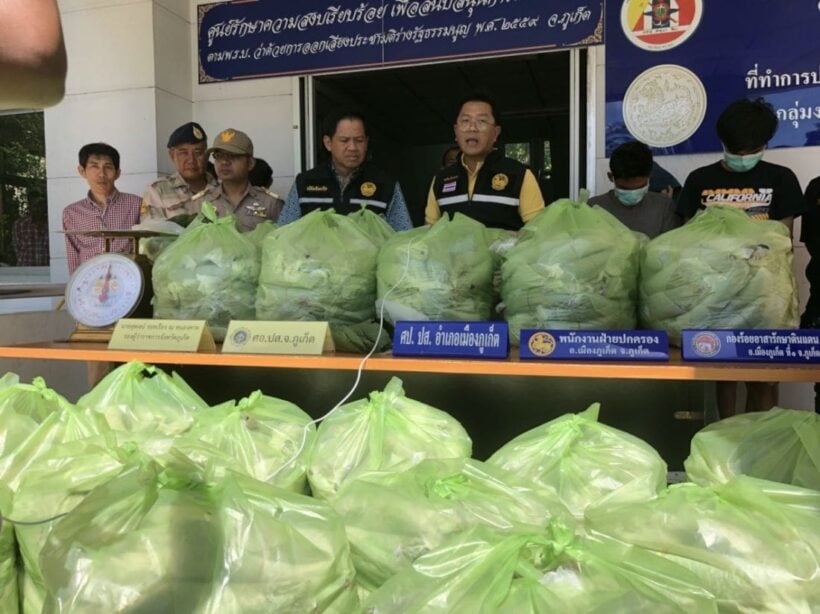 Officers have arrested seven suspects in possession of 500 kilograms of kratom. Police seized the kratom and made the arrests in Thalang today.

The arrests follow a tip-off at 4am early today telling officers that kratom will be transferred to Phuket from Songkhla with four vehicles involved.

Officers located the targeted vehicles and followed them. Two targeted vehicles stopped at a house in Cherng Talay while two others stopped in front of the PPT gas station in Baan Mak Prok, Thalang. Officers discovered kratom inside the vehicles.