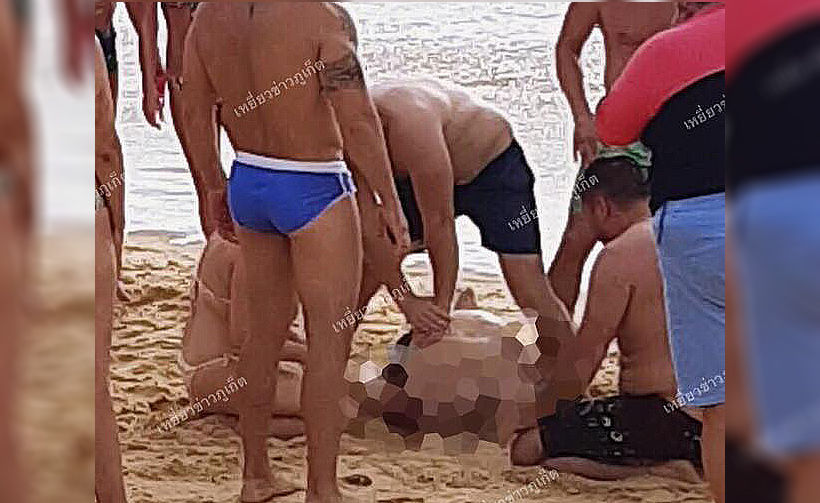 A 61 year old Russian tourist has died after getting caught in a rip at Phuket’s Karon Beach.

Police say the man, whose name was withheld pending family and Embassy notification, was swimming alone at the northern end of the beach, just a few hundred metres from the “Tourist Service Centre”. He was seen struggling after currents dragged him out to sea.

Karon Beach is notorious for savage rip currents which can be difficult to identify from the shore for swimmers. It has not been reported if there were red flags along the shore warning swimmers at the time.

Lifeguards from a nearby resort swam out to retrieve the man, but he was “unconscious and unresponsive”, so lifeguards performed CPR once they had him back to shore. He was rushed to Patong Hospital but pronounced dead on arrival. The Russian embassy has been notified of his death.

A senior official in Karon confirmed that no lifeguards are provided by Karon Municipality to patrol the northern end of the beach and that lifeguard services, for that area, are provided by one of the adjacent resorts.