The ban on alcohol sales and consumption at restaurants has been reimposed in Phuket and will be in place until at least August 16. Certain “social activities,” like parties at public places, are also now prohibited for the next two weeks. The order, Phuket Governor Narong Woonciew yesterday, could be extended longer if the Covid-19 situation does not improve.

Phuket was also reclassified on the government’s colour-coded zoning scale based on provincial Covid-19 situations. The island province moved from a “yellow” zone under surveillance to an “orange” zone under control to combat the spread of the coronavirus. The Centre for Covid-19 Situation Administration’s zoning revision went into effect today. Before the revision, Phuket had been the only “yellow” zone.

As of yesterday, 382 people in Phuket were receiving hospital treatment for the coronavirus. Nationwide, there are a total of 209,039 active Covid-19 cases.

Last week, infections in Phuket exceeded its government-set threshold of 90 weekly Covid-19 cases. Officials earlier said that if cases exceeded the bar, then they would reconsider the “Phuket Sandbox” reopening scheme, which allows travellers from overseas, who are fully vaccinated against Covid-19, to enter the island province without undergoing quarantine. The “Sandbox” is still on, but provincial authorities have imposed tight measures including the booze ban in restaurants and interprovincial travel restrictions in an effort to contain the virus.

Restrictions for Phuket, other “orange” zones

The provincial order, which includes the ban on alcohol at restaurants, was announced at around 10pm last night on the Official Phuket Information Centre Facebook page. The order went into effect at midnight, just a couple of hours after the post was made public. Under the Emergency Decree, provincial governments have the power to impose disease control measures in addition to those set by the CCSA.

The order reiterated measures that are already in place in Phuket, like the closure of pubs, bars, nightclubs and other entertainment venues. It also outlined the restrictions set by the CCSA for “orange” zones and gave more detail on the restrictions.

Other disease control measures include…

Island “sealed off” to domestic entry

Phuket officials have “sealed off” the island province to domestic travel, with the exception of emergency vehicles and those delivering medicine or other essential supplies. The borders are closed off for the next two weeks to domestic travel by land, air and sea. Travellers from overseas entering the province under the “Sandbox” reopening scheme and still enter. 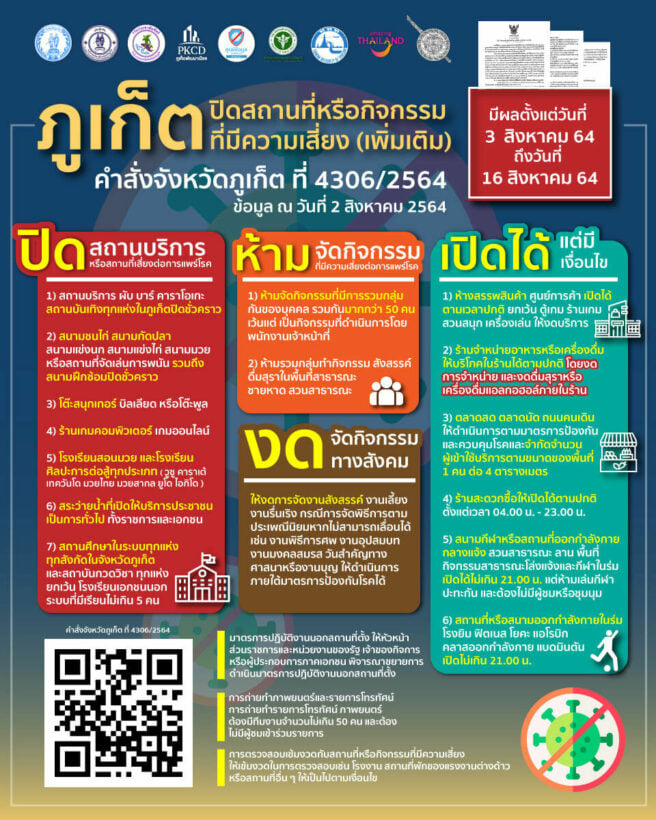 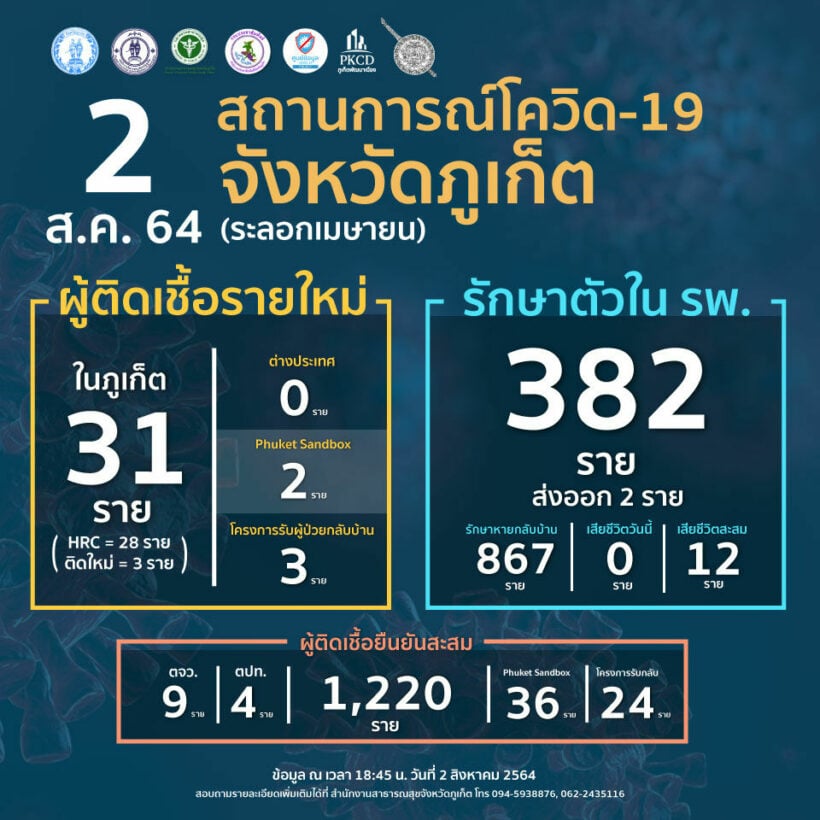 JamesR
17 minutes ago, Stardust said: Just leave us allone and also the Scotts!  Leave the Scottish alone? They had a vote just a few years ago and voted to stay in the UK so what are you talking about?
JamesR
7 hours ago, Stonker said: Fair enough, but I don't think Bangkok had any doses going spare! As one poster said, his 24 year old neice working at Phuket Phantasea was vaccinated while his two sister-in-laws in their 70's still…
JamesR
NEW improved Immigration section goes LIVE on Wednesday! Strict NO NONSENSE posting rules will apply. Interesting, what is the immigration section? Will it be advice and information on visas, travel restrictions etc?
JamesR
6 hours ago, Stardust said: Europeans are celtic and latin but not English! Ask a Irish or a Scott he understands for sure what I mean and why all in Europe are annoyed about the English Ignorance and this Brexit extremists.…