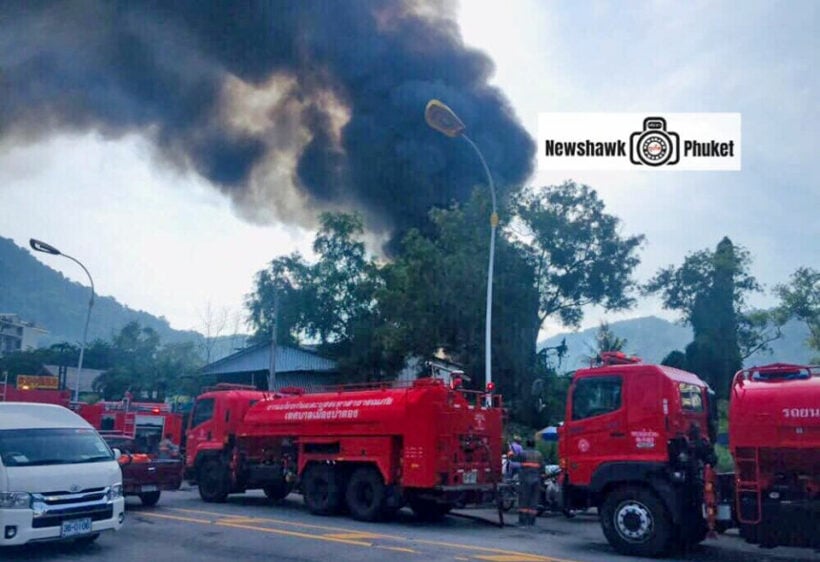 At about 9 am this morning, a fire started at a construction workers’ camp in Patong, destroying about 18 units. Both Burmese and Thai workers were living in the camp. There was no one at the camp at the time as they’d all headed off to work for the day.

The camp is located on Sai Kor Road, before the intersection near the Government Saving Bank, situated behind the Marina Hotel. Six firetrucks headed to the scene and were able to get the blaze under control within 40 minutes.

Newshawk Phuket reports that no one was injured in the fire. Police suspect that the cause of fire was an electric short circuit. 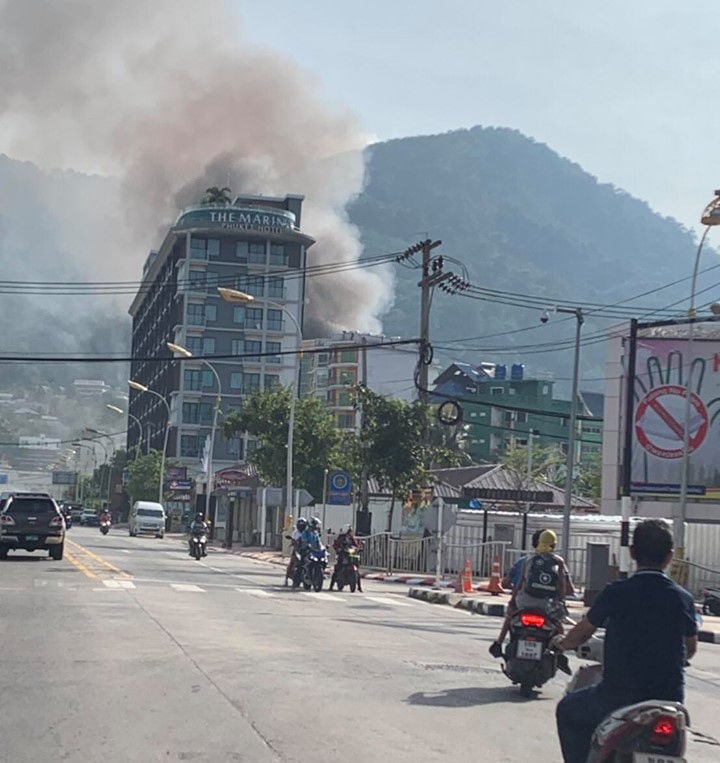