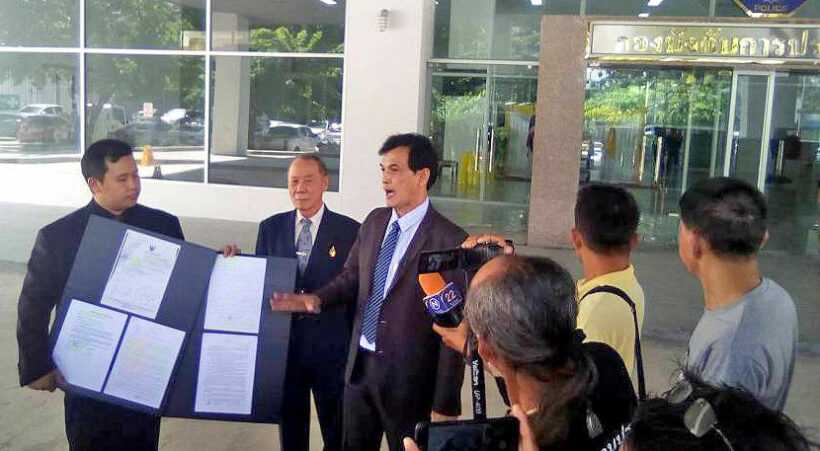 Prasert was accompanied by lawyer Ananchai Chaiyadet to file the petition with the investigation chief of CSD Division 5 accusing the officials of allegedly filing false statements, illegal detention, malfeasance, negligence in their duties and fake charges of providing illegal money lending services.

The charges have been made following a raid of Prasert’s tyre factory in Samut Sakhon, south west of Bangkok, on July 11. His lawyer says soldiers, immigration police, officials from the Samut Sakhon employment office and local police raided the premises without producing a search warrant. Officials seized 52 land title deeds during the raid, according to Bangkok Post.

At the time they claimed that Prasert’s factory was hiring illegal migrant workers.

Officials also informed Prasert during the raid that an arrest warrant had been issued by the Hua Hin provincial court in his name on July 5 for charges involving illegal money lending – an alleged loan of 18 million baht.

Prasert’s lawyer claims the raid was an illegal ‘show of force’ to encourage his client into lowering the alleged debt over an outstanding business loan. He claims the arrest warrant was used to apply pressure on him – the warrant was never acted on.

His lawyer says the raid and false statements, claiming he was a “loan shark”, had damaged his reputation.