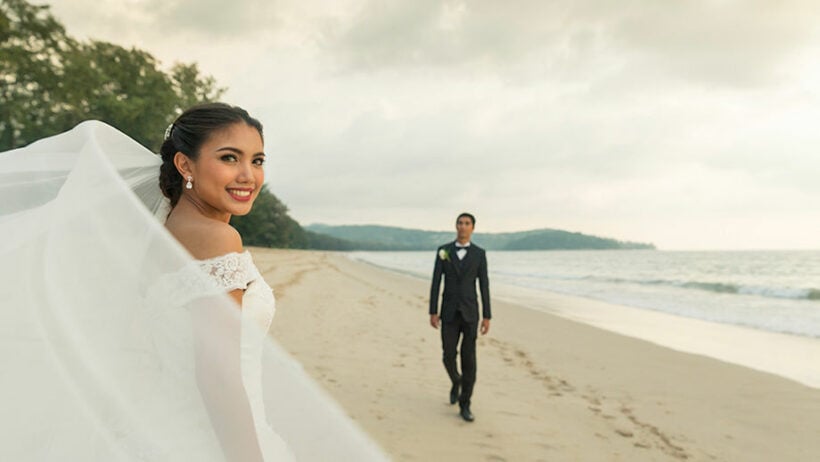 Knots were tied, brooms were jumped, rings were donned and brides were kissed. All three of Phuket’s district offices, Muang Phuket, Kathu and Thalang, were packed yesterday as couples vied to get married on Valentine’s Day. 109 couples registered their marriage at the Muang District Office alone, with the island’s vice governor present as a witness.

The 109 couples, of various ages and backgrounds, arrived at the Muang District Office on Mae Luan Rd in Phuket Town, where officials presented the newlyweds with special gifts. Two of the couples were a Thai marrying a foreigner.

Muang Phuket Deputy District Chief Wichet Suyanan explained that the project to encourage couples to marry on Valentine’s Day was aimed at promoting the importance of a registered civil marriage and the rights of couples under the law. 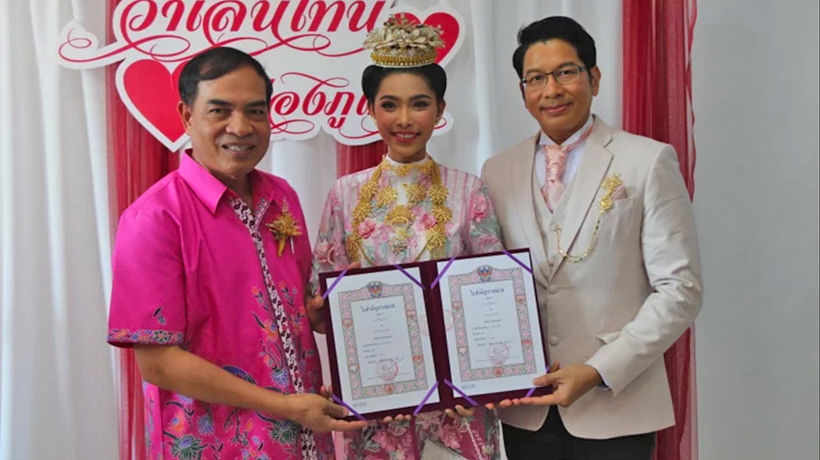 The Kathu and Thalang District Offices were crowded yesterday as well, with 50 couples registering their marriages in each.

‘Leaving Thailand’ – From Phuket with love and heartaches