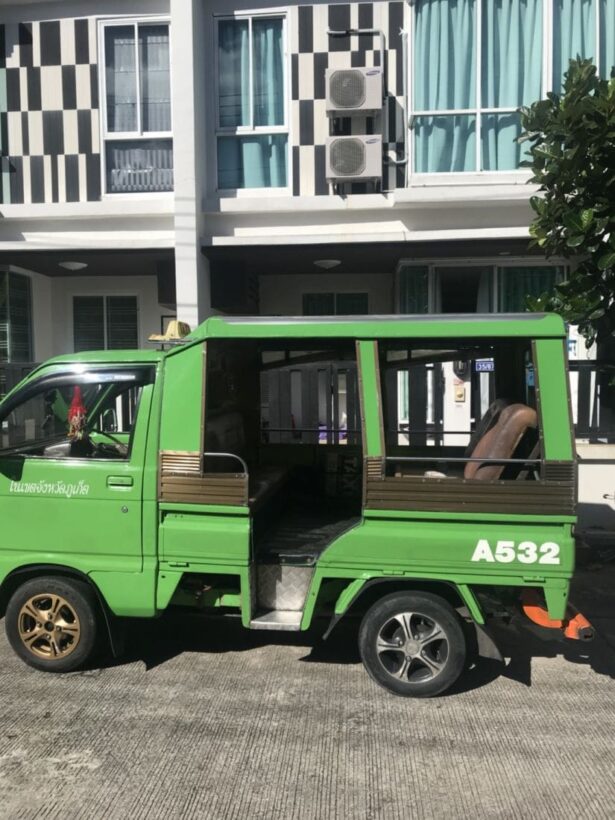 A drunk Tuk Tuk taxi driver has been charged after running through red lights in Patong.

Patong Police report that a Tuk Tuk taxi driver has run through red lights at 4.45pm from the traffic light near Bangla road, Jungcelon Department Store and Patong Police Station.

The Tuk Tuk was headed to Kathu and Phuket Town. Five Patong traffic police headed off in hot pursuit of the wayward Tuk Tuk and its driver. The Tuk Tuk taxi eventually stopped at his house in Koh Kaew. (Somehow the five pursuing police allowed a suspected drunk Tuk Tuk driver to drive ALL the way, up and over Patong Hill and then another 10 kilometres to Koh Kaew)

The driver, who was not wearing a shirt, was drunk was duly arrested for running the red light.  He was taken to the Patong Police Station. The driver has been charged with driving with carelessness to others safety and drunk driving.