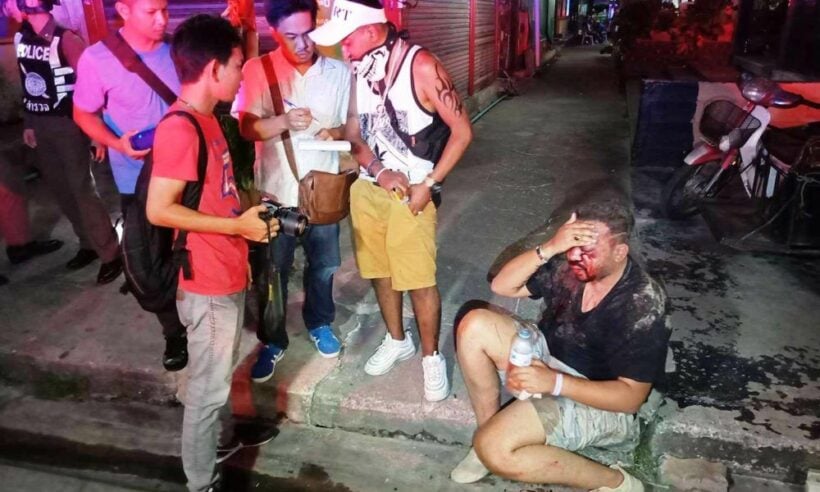 Pattaya officials are stepping up tourist safety measures after a German TV program reported widespread scams in the popular Thai ‘sin city’. The Thai Interior Ministry has told agencies to tighten tourist security in what’s widely seen as a knee-jerk reaction to the criticism in the documentary.

The TV show Achtung Abzocke documented scams such as taxi fare price gouging, overpriced products and services, and fake rail tickets and driving licenses. Scammers even pretend to be tourist police, according to Pattaya Deputy Mayor Ronnakit Ekkasingh as he was tackling the topics covered in the program with Thai media.

Ronnakit’s comments came at a meeting that included the Tourism Authority of Thailand, tourism associations and police.

“Pattaya has annual tourism income of more than 270 billion baht from some 18 million visitors, including 10 million foreign travellers.”

He told the meeting that it’s important to keep them safe. Ronnakit said the meeting agreed to create an integrated command centre near Bali Hai Pier in Pattaya’s south to prepare for the high season.

“Joint drills will be held to prepare against crime, floods and fires as well as accidents on land and sea. Steps will be taken to ensure fair prices for goods and services for tourists.”

Pattaya previously considered setting such a up a joint centre but the plan was scrapped due to location and environmental concerns. Although a Kuwaiti tourist was beaten and robbed by three Thai men at the beach in Pattaya in November, a chief of Pattaya’s tourist police said while there are many complaints of scams in Pattaya, serious crimes are rare.

“Most cases involve brawls in the streets between foreigners,” he told the Bangkok Post.

He told reporters CCTV cameras have been installed to boost safety and more are coming. (It was noted in a story last week that CCTV cameras along a popular bar Soi weren’t working)

He also said tourist police will work with other agencies to ensure tourist safety along Pattaya beach.

“From 10pm-4am every day, the beach will be divided into three separate patrol zones.”

“Nine officers will patrol each zone, boosting safety for tourists and helping to prevent scams.”

Pattaya hotel fire causes over a million baht in damages