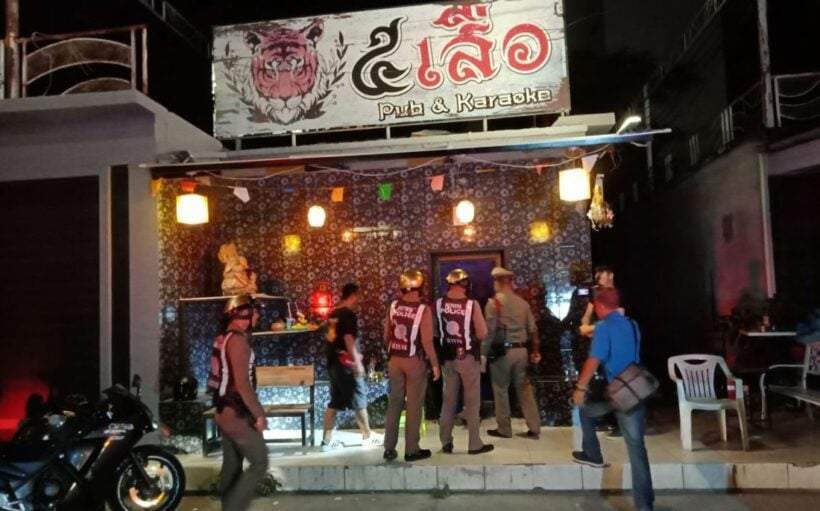 Police in Pattaya have launched a crackdown on bar closing times following a nightclub shooting that has left one man dead and another seriously injured.

The suspect in the shooting, which took place around 6.00am yesterday, is still on the run, although police say he will be arrested shortly.

Bars and entertainment venues now face a crackdown on their opening hours, with legal repercussions expected for multiple venues that have stayed open past the legal closing time.

Lt Col Saranpong Maithongkunchorn from the Pattaya City Police is now getting tough on these establishments, following the death of Anuwat Suksamran, who sustained fatal injuries in the shooting.

It’s understood that the New Teng Sri nightclub, scene of the crime, was open long past legal operating hours at the time of the shooting. It was closed last night.

Read more on the shooting HERE.