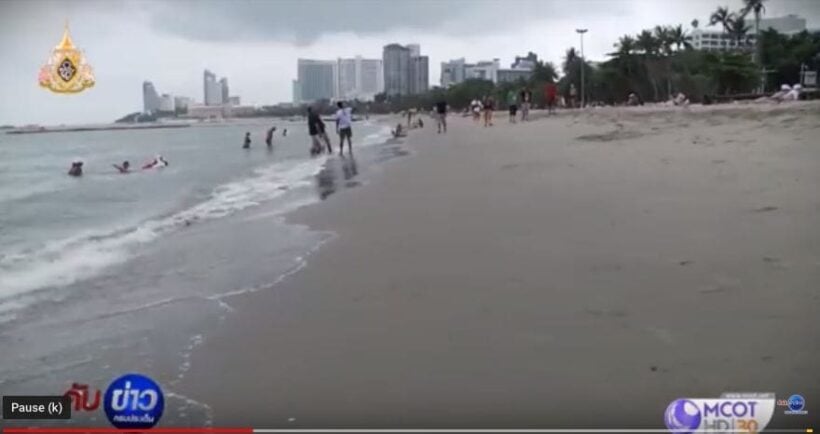 The video opens with travelogue music from the 1970s and the rest of the segment was missing the main stars – tourists.

MCOT Presenter Preewat Bupsiri explains to the viewers about the 400 million baht that had been spent on new sand to widen the beach from a mere 5 metres to the artificially bloated 35 metres wide.

A 2.8 kilometre stretch from Dusit at the north end to Walking Street in South Pattaya was now an “exciting new seaside attraction” to lure people to the “World Class Family Resort”.

But even one of the officials interviewed cautiously noted that all the new sand mightn’t stay around for long, but he was hoping for the best!

Thai tourists gave their thumbs up saying that it was better than before and that Pattaya was a great place to visit from Bangkok as it was near and offered both day and night attractions.

But despite the enthusiasm of the reporter and the money spent on the video, there was something clearly missing – people on the expensive new beaches.

One beach vendor said it looks nice and the foreign tourists were lounging on the beach but there were hardly any tourists. She says she could make a living before but now she was lucky to get even one customer a day.