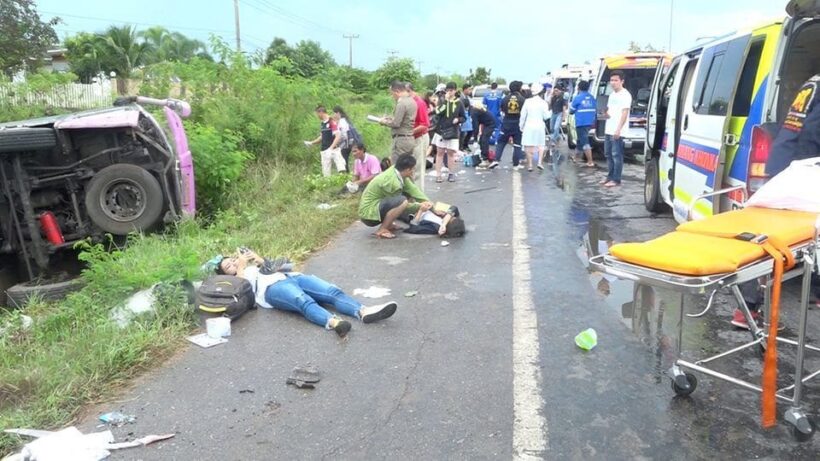 A bus overturned in Khon Kaen province yesterday morning (Sunday), resulting in one death and injuring 29 others. The 51 year old bus driver, identified only as Sarawut, has sustained injuries to his ears and face from the crash.

“It was raining heavily at the time the accident occurred,” he said

He told police that the bus overturned as soon as he applied the brakes to prevent the vehicle from skidding over a slippery minor crack on the Khon Kaen-Kalasin bypass road.

Police say the bus overturned while it was heading towards Maha Sarakham province.

“One passenger died at the scene,” according to police.

29 other people on board sustained injuries and were rushed to hospitals.

‘Ailing’ monk hangs himself from a tree in Uttradit