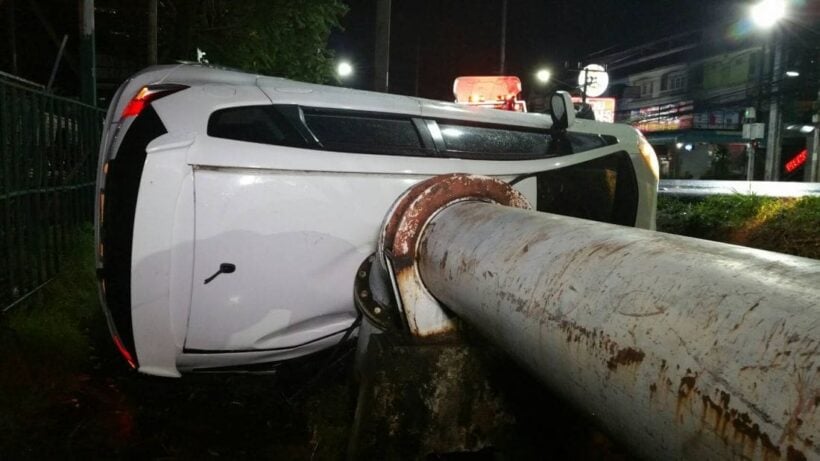 Two people have sustained injuries after their car overturned, colliding with a bridge and mains water pipe in Chalong early this morning.

The Chalong Police were notified about the accident at 2am today. Police and emergency responders arrived to find a damaged Honda Jazz car overturned at the bridge on Chao Fa East Road in Chalong.

The driver and passenger sustained scratches on their heads and legs and were able to escape from the car by themselves before being taken to Vachira Phuket Hospital.

45 year old Pinyo Faisee, the driver, says he was driving from Palai heading to Chalong. He says he lost control of his vehicle and collided with the bridge and a big water pipe. He and his friend were assisting police with their inquiries about the cause of the incident