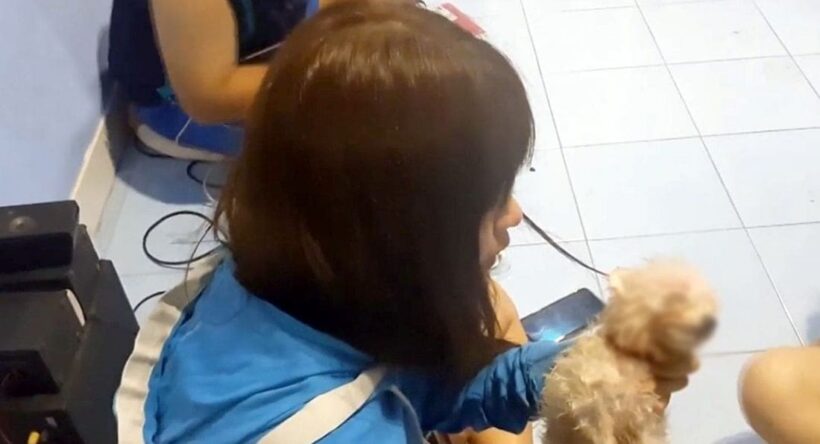 A 21 year old Udon Thani tertiary student has returned from Songkran to find her Pomeranian puppy drowned in a water bin and her boyfriend’s laptop computer and cash stolen.

The dog’s owner was Monthira Anthapanya who told police she had locked the four month old puppy in her rented room while she went out to participate in Songkran festivities with friends. Her 21 year old boyfriend, Nattawut Jongnok, also headed out to play music at a restaurant to earn extra income.

Police say the burglar broke into the room via a glass window at the back of the property. The thief first drowned the dog in the toilet’s water bin before making off with Nattawut’s notebook computer valued at 23,000 baht along with 4,500 baht in cash.

Nattawut told police that he returned to the rented room at 9pm and the room had not yet been broken into. He said he left again to celebrate Songkran and his girlfriend later came back to the room before he returned, and she found the dead dog.

Police believe the thief killed the young dog because it wouldn’t stop barking and would check security-camera footage to identify the intruder.