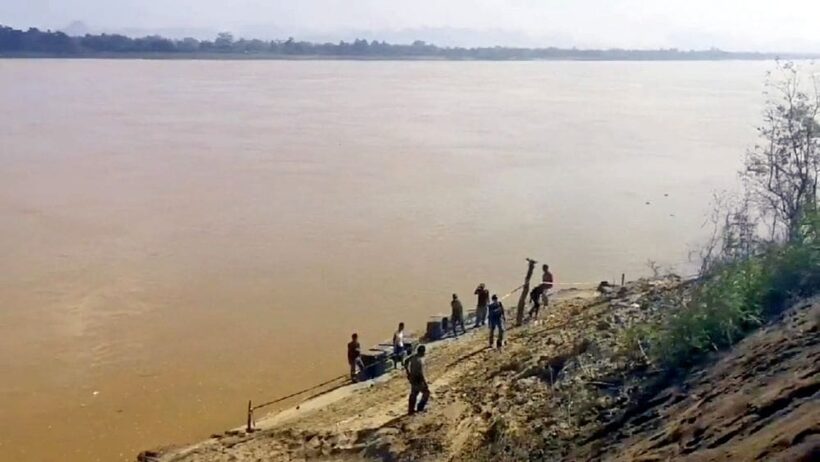 Thai authorities have seized 1,000 kilograms (1 tonne) of marijuana from a spot along the Mekong River in Nakhon Phanom province around midday yesterday (Sunday). The Tha Uthen district chief Bhumisak Khampu conformed the discovery.

He joined the officials in inspecting the drug stored in 25 black plastic parcels.

Patrol police and Mekong naval patrol officers found the items along the backs of the river in Ban Nong Ngiew (Moo 3) in Tambon Tha Uthen. It was suspected that the illicit drugs were smuggled across the river into Thailand from Laos to be stored there before being transported for further distribution.

Police said they were trying to identify the origin of the drug and arrest those involved.