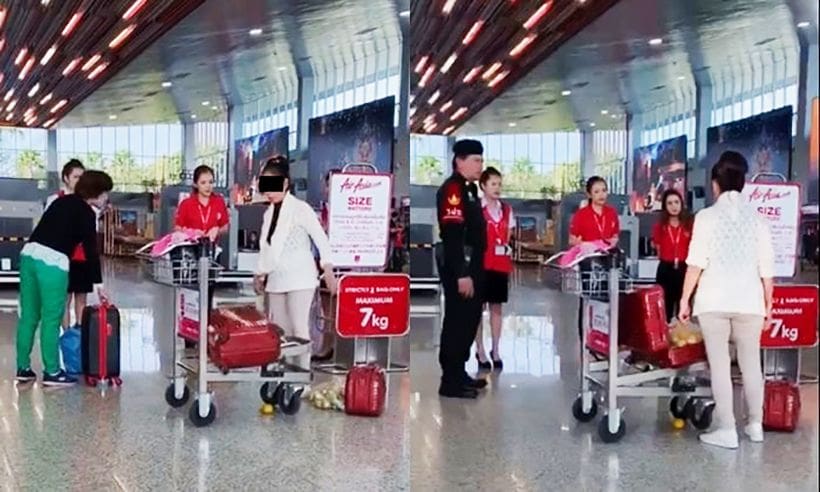 A video posted on social media has been doing the rounds.

In the video a woman is seen yelling at an Air Asia airport staff for being told her carry on must be checked in because it was 7.2 kilos over the 7 kilogram weight limit.

The woman is calmly told that she will have check-in the extra luggage and she doesn’t take kindly to the idea and screams that she “hasn’t paid for checked luggage” and because apparently, “it contains oranges” (we are just as confused).

She is seen attempting to throw her suitcase on her trolley, a task which she miserably fails and continues her rant while picking up the luggage again.

The man filming the video comments that problems started earlier when the woman wasn’t happy with allocated seat (who is?!). He comments that the lady is Thai and says he’s embarrassed by her behavior and lack of respect.

Airport security, and eventually police, are called to calm the woman down. Both them and the Air Asia staff handled it remarkably well.

Sadly we can’t report what happened to the oranges.