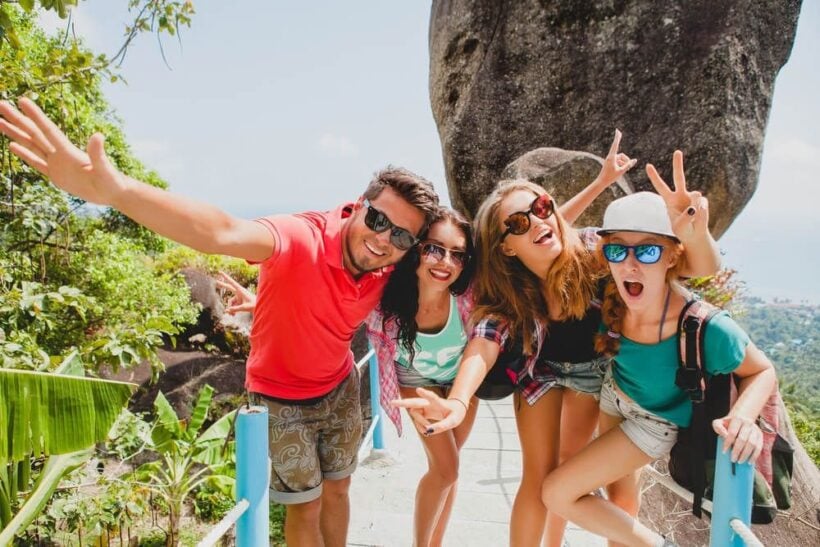 What goes up must go down, or at least falter occasionally.

Newton’s law of gravity applies to just about everything, including’s Thailand’s rise and rise of tourist traffic. At some stage the numbers will actually (horror!!) start to plateau and even go down.

For the first quarter this year the numbers have actually stalled. The Kingdom suffered a combined drop in tourist arrivals and spending for March. Not by much, but the consistent rise has definitely stalled.

The number of visitors fell nearly 1% compared to the same month last year, to 3.5 million arrivals. The data was compiled by Bloomberg. Actual spending for the month slid 1.3% to 184.5 billion baht.

Visitors from China, Thailand’s biggest feeder market, dropped nearly 2% in March after slumping 12.3% in February. Tourism accounts for a fifth of the Kingdom’s economy, prompting the government to take steps such as extending its waiving of the 2,000 visa-on-arrival fees to woo travellers.

Political gridlock following a messy general election on March 24, the US/China trade war, a strong baht (despite a slight weakening in the past 3 months), and a sluggish Chinese economy are all contributing to the drop in tourists.

According to the Bangkok Post, last week, Finance Minister Apisak Tantivorawong said economic growth may slow to the low 3% range in the first and second quarters, and that officials are mulling steps to inject 20 billion baht of stimulus.

On the plus side of the tourist ledger there was a substantial 35% jump in visitors from India during the same month.

56 elephant skeleton fragments found in a Chon Buri mine