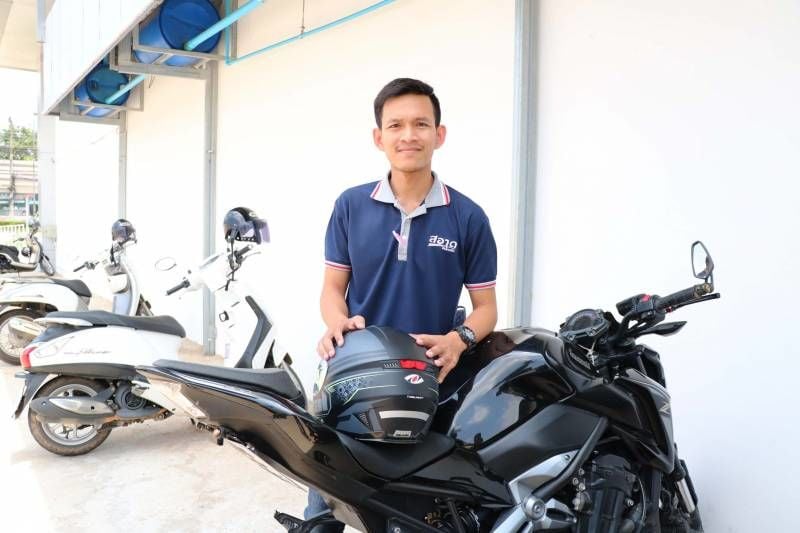 Kudos to Mr Big Bike, as he’s been nicknamed, the hero of the moment, who took matters into hand to help a family needing urgent help and was stuck in traffic in Phitsanulok in northern Thailand.

28 year old ‘Tik’, aka. Itthiphon Petchphibunpong, was riding his bike in heavy traffic when he was driving past car with a family whose daughter had passed out. Tik works for Sa-art Electric in the north of Thailand.

She was starting to foam at the mouth and they were worried they wouldn’t get her to the hospital in Phitsanulok in time.

Helmet-cam shows Tik parking his bike, knocking on the windows of cars around the family’s car to try and clear a path through the heavy traffic. But he realised this was going to be a slow process so he took the girl’s father to the hospital on the back of his bike as the cradled his sick daughter.

Watch the video on the link below…

They arrived in time and we’re happy to report that the girl is recovering after being transferred to another hospital. More than 2.4 million Thais have viewed the video and commented on the story of the latest Thai hero.