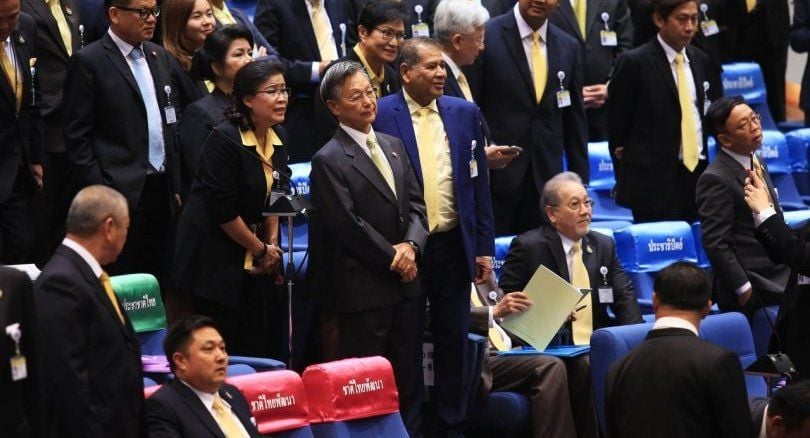 If the first item on the new parliament’s agenda is any indication, it’s going to be a very dynamic lower house. Things didn’t go smoothly on the first day.

The election of the lower house speaker, the only item on the agenda at the first meeting of MPs, took more than eight hours after Phalang Pracharat stymied proceedings and proposed a postponement of the vote for unspecified reasons. Boos and heckles accompanied the bravado which went on for hours until he acting speaker decided to call a lunch break, telling MPs to return at 1pm with things sorted out.

There were simmerings of discontent in the pro-junta camp after Phalang Pracharat reportedly wanted to field its MP, Suchart Tancharoen, for the post of speaker but the the bloc nominated Chuan at the last minute.

Pheu Thai MP Jirayut Huangsap objected to the proposal to put off the vote. A prolonged debate between the two blocs led to pro tem speaker Chai Chidchob, the most senior MP and former house speaker, adjourning the house. 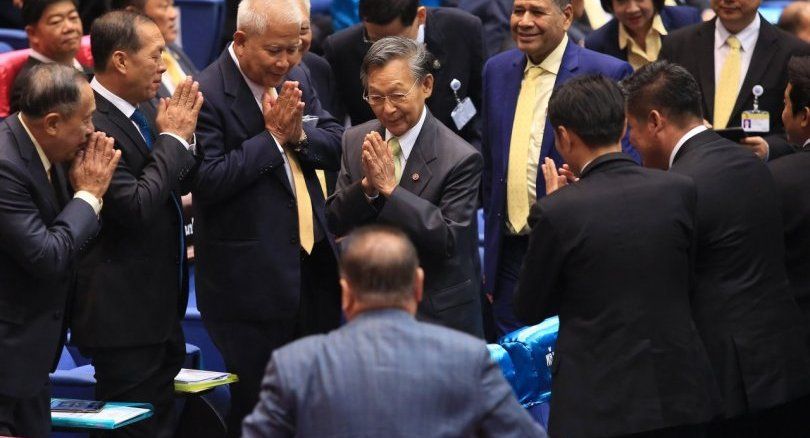 After a two-hour break, the house voted on the first motion to decide whether or not to reschedule the election of speaker.

The anti-junta camp, comprising seven parties that had signed a pact earlier, voted against deferring the election.

Finally, the house voted 248 to 246 with two absentions to elect the speaker on Saturday. Some of the pro-Suchart MPs also voted against the postponement.

The Phalang Pracharat-led bloc tried to swing the vote in its favour but failed.

The house hence had to vote to choose between Democrat Chuan and Pheu Thai’s Sompong.

What does all this mean?

The vote for the house speaker is the first test of the votes of MPs in the lower house. The theatrics earlier in the day when Palang Pracharat forced a delay in the vote was to allow last minute lobbying to ensure they had the Democrats on side. But, at this stage, the Democrats have not formally thrown their votes behind a Palang Pracharat coalition. The pro-Junta MPs support of a Democrat (and twice former Thai PM) for the position of House Speaker can be interpreted as an act of good faith to provide more inducement to garner their coalition support.

Bhumjaithai has also kept their cards close to their chest and are yet to formally declare how they will vote in the future.

But the votes in the parliament showed that the division is fairly even with a few Palang Pracharat and Pheu Thai MPs breaking ranks and voting independently. With the crucial vote for the next Thai PM coming up in the next few days there is still no clear sign that the votes will fall one way or the other.

After last weeks meetings the Democrats and Bhumjaithai could, just maybe, form a third bloc of votes so the parliament would have three voting blocs and no majority government. Whoever becomes PM with this arrangement would be ruling over an unpredictable and fragile government.