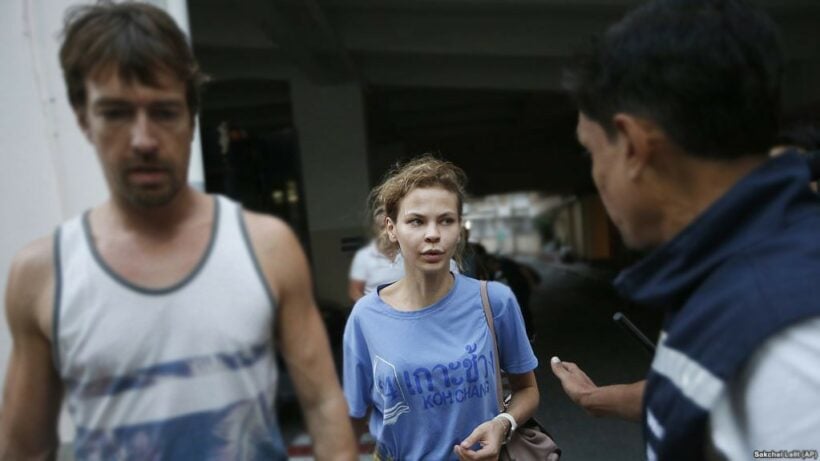 The Belarusian self-proclaimed seductress, nabbed by police last February in Pattaya running ‘sex classes’ for Russian tourists in the party town, remains in a Thai prison. In the days after her arrest, her relatively minor immigration transgression ramped up into an international scandal when she claimed she could dish dirt on US President Trump and some of his alleged Russian associates.

She said she knew people. She said she had secret recordings. If it was all a gamble to help secure preferred treatment or an early release, the gamble hasn’t paid off as yet.

After appearing in court in September along with her sex-mentor Alexander Kirillov, she’s still awaiting the next move in the Thai legal system – likely, a date with the Courts set for January next year. Six other Russians nabbed during the sex course remain in jail as well.

Anastasia Vashukevich, better known as Nastya Rybka, has stuck to her story all the while rotting in a Thai prison awaiting progress in her case and some help from a wealthy Russian businessman who is currently embroiled in the investigations into Russian interference in the 2016 US Presidential elections.

In April, the United States imposed sanctions on Mr. Deripaska and six other Russian oligarchs as punishment for interference in the 2016 election and other Russian aggressions.

Read the rest of the NYTimes.com article HERE.