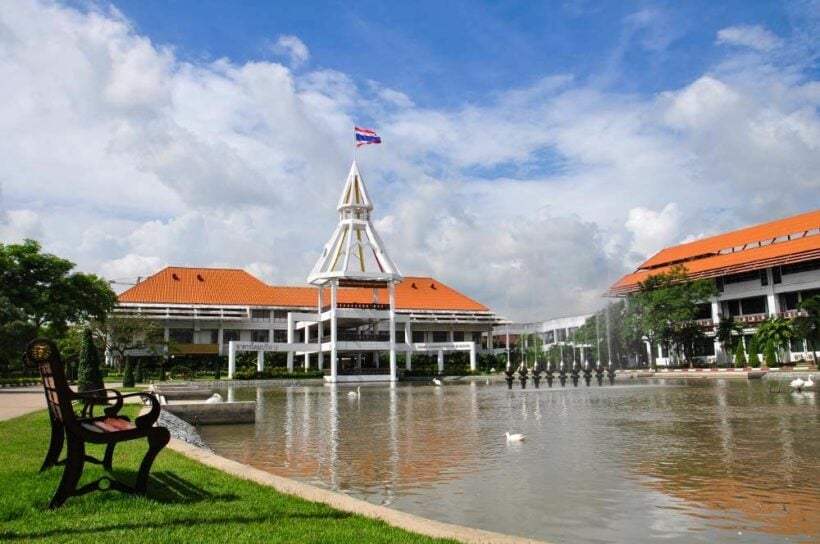 He says university executives did not offer an explanation as to why they would not be allowed to speak other than saying they felt uncomfortable with their presence at the forum. The university, long a hot bed of student political fervor and protest, has more recently tried to avoid too much political attention, most recently denying the September 19 protest from being held at their campus. The protesters broke through the gate and held it there anyway.

“The decision makes us understand the attitudes, views and cowardice of these executives. The reason we organise the October 6, 1976 event is because we want to urge Thai society to listen to differing opinions.”

He maintained that the youth sacrificed their lives during the October 6, 1976 massacre to protect rights and democracy and fell because they had differing opinions. The forum will take place at the Sri Burapha auditorium at Thammasat University’s Tha Prachan campus.

Recently, the kingdom has been in turmoil over recent, student-led, anti-government protests, which has seen a plaque being placed stating that Thailand belongs to the people, only later to be removed with some of the rally’s leaders being arrested. Such rallies were not permitted by the university officials, but protesters pushed through campus gates and refused to leave, setting up camp-like areas for the more than 10,000 participants.

The Free Youth group announcing it will hold its next rally on October 14 at Democracy Monument. The United Front of Thammasat and Demonstration has also voiced its participation in the upcoming rally.