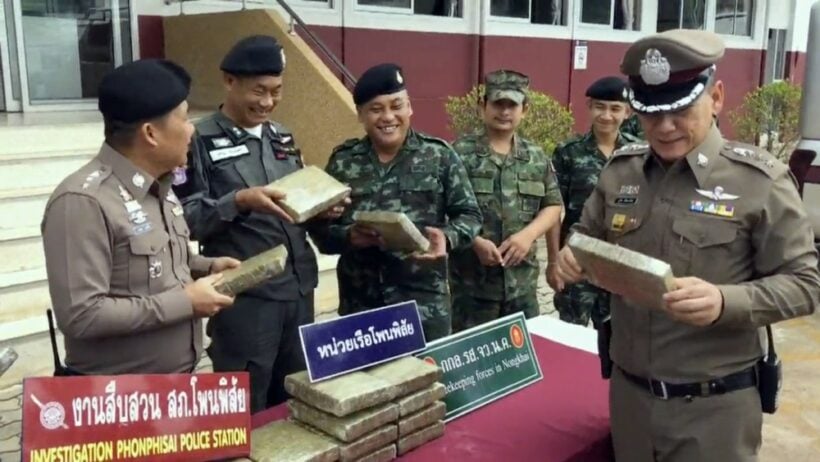 Police say that Phusinthorn reportedly left five of his relatives and friends with a narcotics-manufacturing group located in the United Wa State Army territory within Myanmar in order to obtain a batch of 100,000 methamphetamine pills worth 1 million baht for distribution in Thailand.

Once he got the 1 million baht cash, he repaid the narcotics manufacturers and got his “human pawns” released, police said. Police said Phusinthorn’s gang has previously done this at least twice.

Nong Khai deputy police chief Colonel Dechpol Premsiri told a press conference at the Phon Pisai police station that the marijuana, with a street value of about 100,000 baht, was left for a pick up at a riverside spot in Ban Thin Dung, Moo 10, in Tambon Wat Luang. Police, acting on a tip-off, conducted a stakeout but did not see anyone so they went to the spot at 6am and found the marijuana in a fertiliser sack.

Police suspect that a gang planned to transport it to Thai tourist destinations.