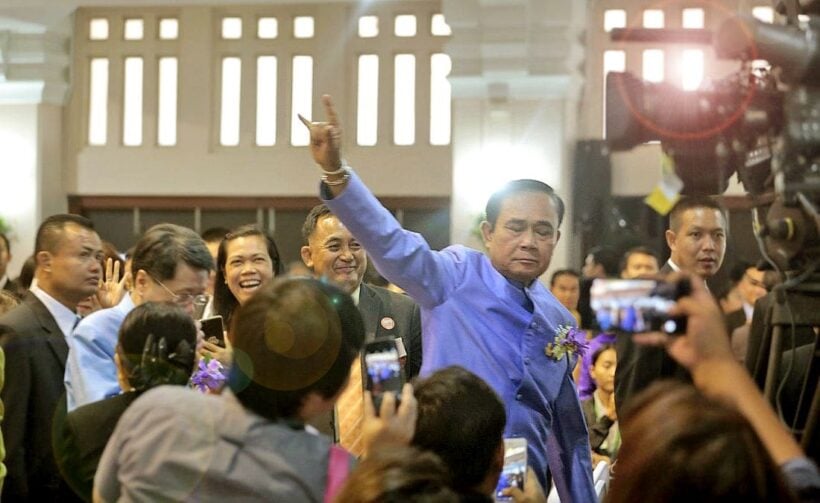 PM Prayut Chan-o-cha has reaffirmed today that election will definitely be held by May 9 but gave no indication when exactly it will take place. It’s the first time he’s ever uttered an actual date.

He says that under the new Thai Constitution, May 9 is the final date election can be held but that his government needs to start making preparations for the Royal Coronation. Under the Constitution, a general election must be held within 150 days after the law on MPs election was promulgated. That was December 9 last year.

He also made a plea to the Thai voters not to “get bored” with him saying his administration will have to be around for a little while longer.

The PM, speaking at a National Teacher’s Day function, said the country was advancing toward full democracy with the election to be held definitely by May 9.

The explained that the tentative date of February 24 was no longer legally possible given the fact that the Royal decree for the poll failed to be announced last week as widely expected.

Meanwhile the Army Commander-in-Chief Gen Apirat Kongsompong yesterday warned the activists
“not to cross the line” in their plans for a protest this Friday. They’re demanding that the election must be held before March 10.

PM Prayut also pleaded asked the public for help to “maintain peace and order” during the lead-up and the coronation. He said the election and the coronation ceremony are two separate issues and , therefore, should not be mixed together.

The internet booms and print languishes in 2019 advertising spend