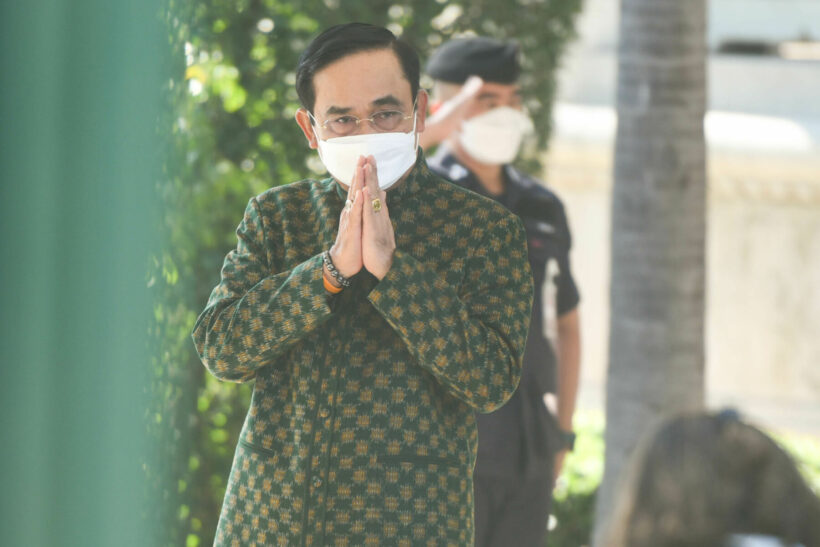 PM Prayut Chan-o-cha will outline Thailand’s push to achieve carbon neutrality by 2065 at the 26th UN Climate Change Conference in the United Kingdom next week. The Bangkok Post has reported Prayut will formally announce the country’s new pledge and provide details about its long-term strategies to drive down greenhouse gas emissions. In essence, he will provide a roadmap of how Thailand will go about meeting its net zero goal.

Natural Resources and Environment Minister Varawut Silpa-archa emphasised the seriousness with which the government regards climate change, describing it as “one of the most concerning issues”. Varawut added that as one of the parties to the Paris Agreement, Thailand “is determined to step up efforts” to achieve its goals.

Varawut pointed to Thailand’s track record on climate change, stating it was one of the first countries in Southeast Asia to articulate national long-term low-emission development strategies to achieve carbon neutrality. He told the Bangkok Post Thailand is “ready to work with all stakeholders to further the work on climate change mitigation and adaption, such as promoting clean energy transition, phasing out coal, or planting more trees to absorb carbon”.

Among the initiatives being undertaken by the government, the Bangkok Post yesterday reported it is seeking to spark local interest in electric vehicles, with a measure to encourage imports to come into place from January 1 next year. Once demand increases, it is expected to act as an incentive for companies within the sector to install charging infrastructure, paving the way for almost all newly registered vehicles to be EVs by 2030.

The COP26 summit – at which countries are being asked to come forward with 2030 emissions reductions targets, aligning with reaching net zero by the middle of the century – will take place in Glasgow from October 31 through to November 12.

Artemis080
Our chance to become the hub of zero / nothing!! Hang on. I think we already are.

Benroon
Given the leaders of the biggest polluters have told them to stick it up their arse this has just been reduced to a jolly !

palooka
Best thing that could happen for Thailand would be for all the others at the meeting to refuse to have their photo taken in his presence, don't listen to his lies and totally ignore him. Wishful thinking I know.
Changnam43
16 hours ago, gummy said: Know what you mean. However despite my disdain for this PM I have to be honest and suggest that he is no more of a hypocrite than the rest of the world leaders that will…
Changnam43
11 hours ago, Bangkok_Gary said: The tourist industry in Thailand depends on the burning of large quantities of jet fuel to transport tourists in and out the Kingdom. Those giant airplanes are not going to work on batteries. Then there…