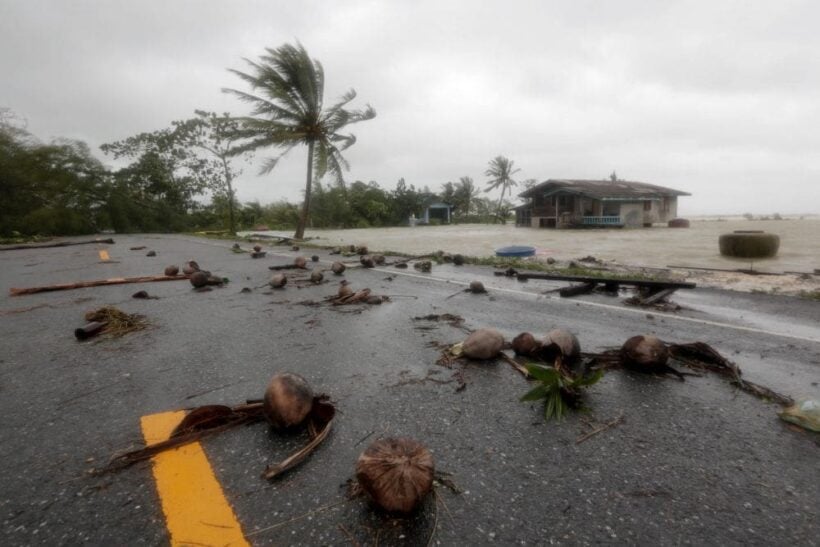 The south of Thailand awakes this morning to a wet and windy aftermath of tropical storm Pabuk. The storm centre has crossed the Peninsula and now sits west of Phang Nga province as it weakens and continues to move westerly away from the coast.

Gale-force winds, storm surges and flash flooding are still predicted as the remnants of the weakening storm cross the Malay Peninsula.

The Meteorological Department says the storm made landfall in Nakhon Si Thammarat’s Pak Phanang district at 4pm Friday, packing winds at speeds of up to 75 kilometres per hour. Tropical storms like Pabuk are extremely rare for this time of the year in Thailand’s south.

Thon Thamrongnawasawat of Kasetsart University’s Faculty of Fisheries says that, even though the Gulf is calming now that Pabuk has moved on, strong winds and high waves continue to batter the eastern coasts of Koh Samui, Koh Tao and Koh Pha-ngan in Surat Thani and the coast of Nakhon Si Thammarat. 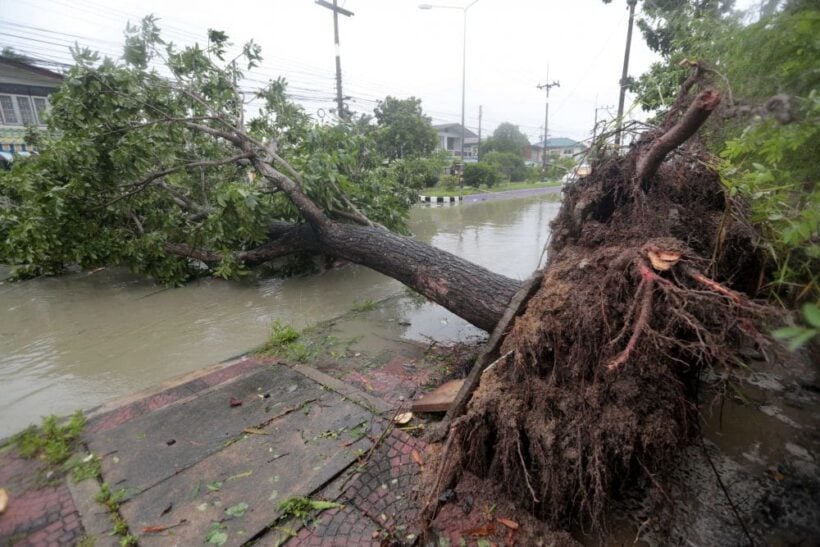 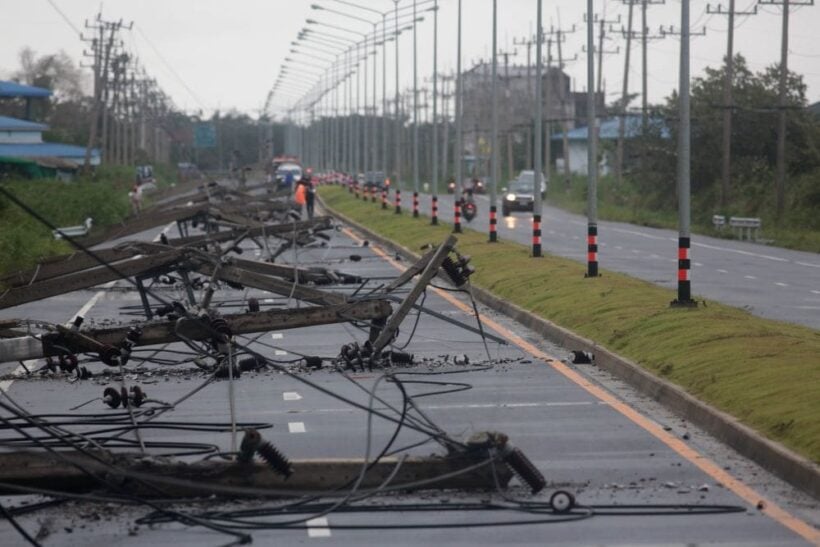 “Due to its slow movement of the storm, rain will continue over large parts of the South, so people should be aware of forest runoffs and flash floods.”

As Pabuk move west into the Andaman today, Thon predicts rough conditions, but he said the waves would not be as high as they were in the Gulf during the storm. Nevertheless, he advises fishermen and tourists to avoid going out to sea because it was still too dangerous.

Pattani on the southern border suffered less than expected, though there was at least one casualty after a fishing vessel sank in rough seas.