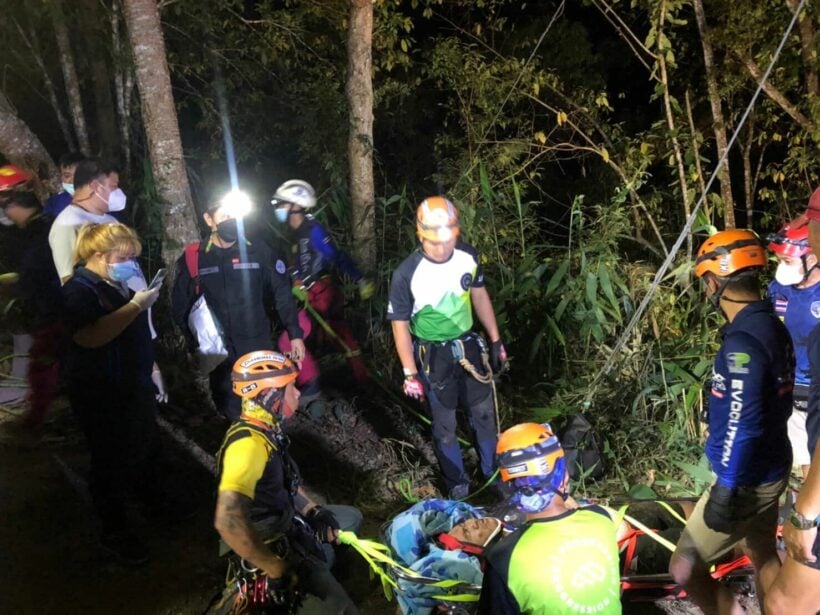 A motocross rider died and another was severely injured after driving off a cliff in Chiang Mai and falling more than 50 metres. The two were on a motocross trip from Bangkok to Chiang Mai and were driving near the scenic village Mae Kampong and up to a mountain viewpoint when they fell from the cliff.

The riders were going up to the Kew Fin viewpoint when they disappeared. A report in Thai media does not say how many people were riding together up to the viewpoint, but says their friends were searching for the two riders and asking locals living in Mae Kampong.

One resident told the friends an electric wire at a cliff was broken, adding that the riders may have fallen there. A rescue team searched the area and found a Honda CRF nearby. Rescuers rappelled down the cliff and found the two riders. One rider had died in the incident and the body was sent to the Maeon Hospital in Chiang Mai for a postmortem examination. The other rider was sent to the same hospital for treatment.

Khunmark
The road up to Kew Finn is torturous on a bicycle. I’ve seen many a motorcyclist lose control on the same road. It’s not an adventure for the faint hearted.

Soidog
In other news. A further 16 people have died on the roads since sunrise this morning….

Guest1
Also these "moto crosser" are plowing through hiking trails on uphill slopes. Damaging it for bikers and walkers, runners, making it even easier, for the water in the rainy times, to flush the track out. Not that they deserve to…
Steve555
They may have been on MX bikes but they were not doing a Motocross, they were trail riding. MX is done on a track. Facts matter.