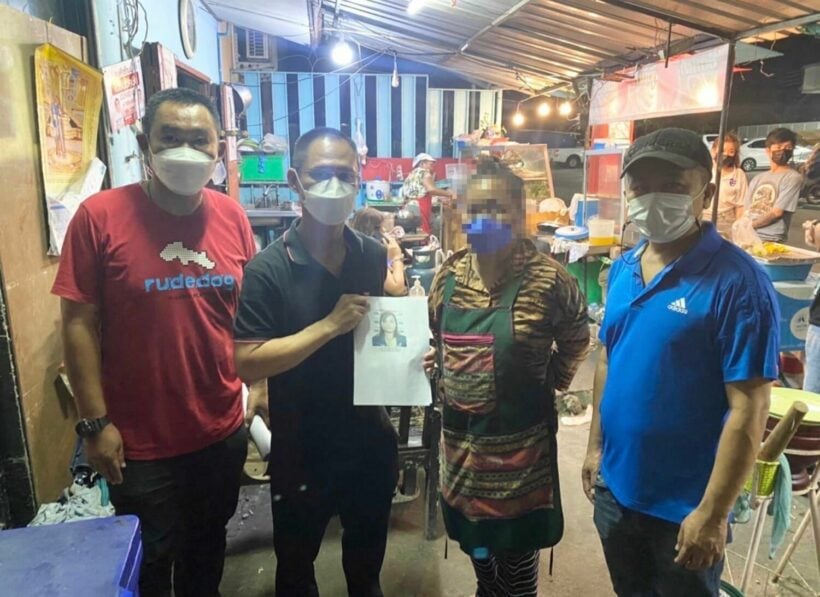 A som tum vendor in Bangkok was arrested on sex trafficking charges for allegedly luring a woman into prostitution in Malaysia. The victim had contacted the Royal Thai Embassy in Malaysia for help after she got caught up in a prostitution ring. Authorities helped send her back to Thailand.

The victim provided information to the Anti Human Trafficking Division, saying she had been captured, threatened, and forced into sex work every day to cover the transportation costs for travel to the country. After a month-long investigation, authorities trafficked down the suspect. Police arrested a 32 year old woman at her shop in Bangkok’s Pracha Uthit district where she made som tum, a spicy Thai salad made with unripe papaya. The woman allegedly confessed to finding women and luring them into sex work in Malaysia.

DoUKnowWhoIAm
17 minutes ago, Thaiger said: allegedly luring a woman into prostitution in Malaysia. Funny how these "gullible" massage ladies keep end up being scammed, despite countless similar stories. Didn't they read the fine-print?

palooka
Have you seen how Thai women react when Som Tum is around, they all zone out. Must be the rotten fish/crab they stick in it. The bigger the crowd eating it together, the more they enjoy it.
Brownie
"authorities trafficked down the suspect" 🤣. If you can't beat them, join them

Motocross rider dies, another injured after falling from cliff in Chiang Mai