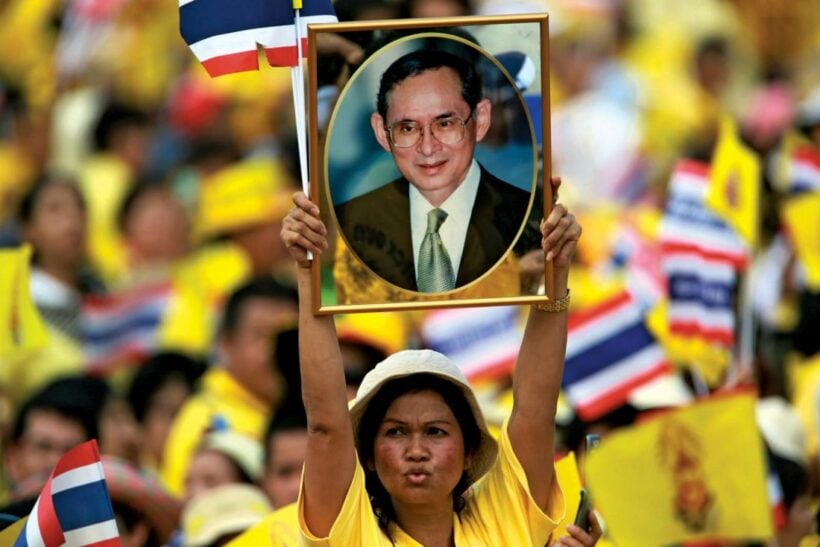 His Majesty King Bhumibol Adulyadej (December 5, 1927 – October 13, 2016) was Thailand’s monarch for just over 70 years. At the time of his passing in 2016, King Bhumibol was world’s longest-serving head of state and the longest-reigning monarch in Thai history. Amongst his many other gifts, he was was revered as a calming and compassionate influence overseeing Thailand’s stormy political history in the second half of the 20th century.

He was the ninth king of the Chakri dynasty and is also referred to as Rama IX.

Bhumibol Adulyadej was born on December 5, 1927, in Massachusetts, USA. As the second son born to his parents, and because his birth took place outside of Thailand, young Bhumibol was never expected to ascend Thailand’s throne. His reign came about only after his older brother’s mysterious death.

When Bhumibol was one a year old the family returned to Thailand, where his father took up an internship in a hospital in Chiang Mai. Prince Mahidol died of kidney and liver failure in September 1929.

In 1932, a coalition of military officers and civil servants staged a bloodless coup against King Rama VII. The Revolution of 1932 ended the Chakri dynasty’s absolute rule and created a Thai constitutional monarchy. Princess Srinagarindra took her two young sons and daughter to Switzerland a year later where the children were placed in Swiss schools for their early education. 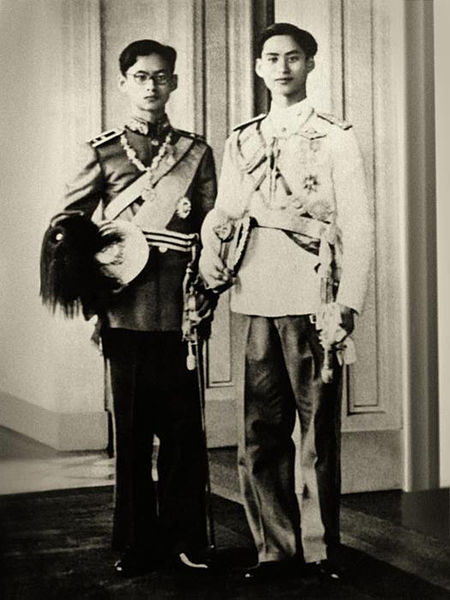 On June 9, 1946, the young King Mahidol was killed in his palace bedroom from a single gunshot wound to the head. Two royal pages and the king’s personal secretary were convicted of assassination and executed although controversy still swirls around the incident.

Bhumibol returned to the University of Lausanne in Switzerland to complete his degree and his uncle was appointed Regent, ruling in his place in Thailand.

Adulyadej and Sirikit were married in Bangkok on April 28, 1950. She was 17 and he was 22 years old. The king was officially crowned a week later and became King Bhumibol Adulyadej. 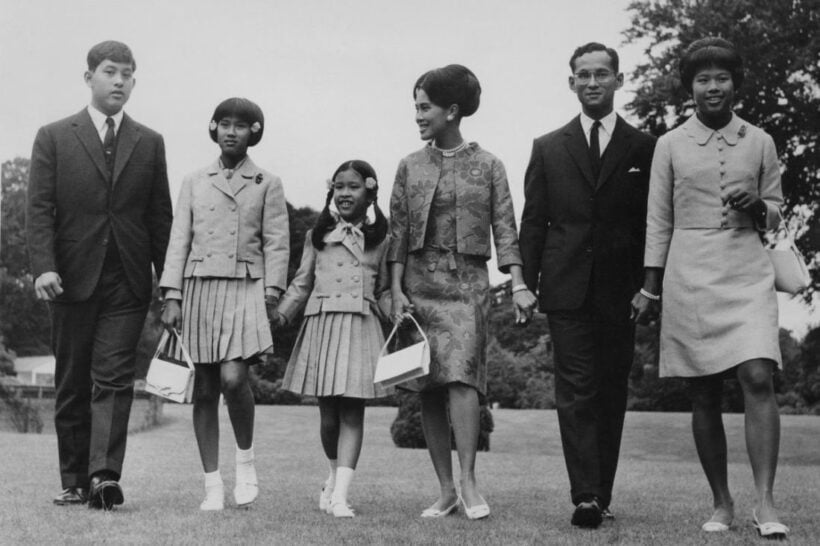 In the early days of his reign Thailand was ruled by a military dictator, Plaek Pibulsonggram, until 1957. Then the first of a series of coups, which would dog the Kingdom for the second half of the 20th century, removed him from office. The King declared martial law ending with a new military dictatorship formed under a trusted ally of King Bhumibol, Sarit Dhanarajata.

During the next phase of his rule the young King would revive many abandoned Chakri traditions, including the need for subjects and staff to kowtow – bowing and keeping their head below the monarch. He also started to make public appearances around the Kingdom – an activity which would become a hallmark of his reign, significantly reviving the prestige of the Thai monarchy and staying of the royal family.

Adulyadej pressured the coup leader to resign. New elections were called and a civilian government was elected. This intervention was the beginning of civilian-led democracy that has continued, with a few military interruptions, to this day, most notably the intervention of the military in a coup in 2014 when the National Committee for Peace and Order seized power.

Since 2006, King Bhumibol suffered a number of health issues and was hospitalised frequently. He died at the Siriraj hospital in Bangkok on October 16, 2016. Crown prince Maha Vajiralongkorn became the 10th King of the Chakri Dynasty, and his official coronation was held between May 4-6, 2019.

Although Bhumibol was never intended to be Thailand’s king, he is lovingly remembered as a successful and beloved Thai monarch, who helped calm successive political turbulence over the seven decades of his reign. 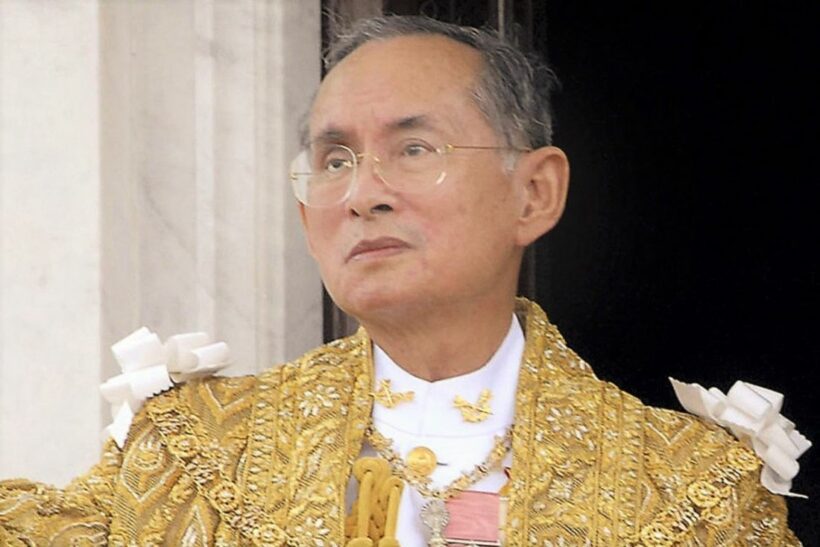 Thailand’s growth forecasts for the rest of 2019 slashed again

Bhumjaithai ministers will quit if herbicides are not banned