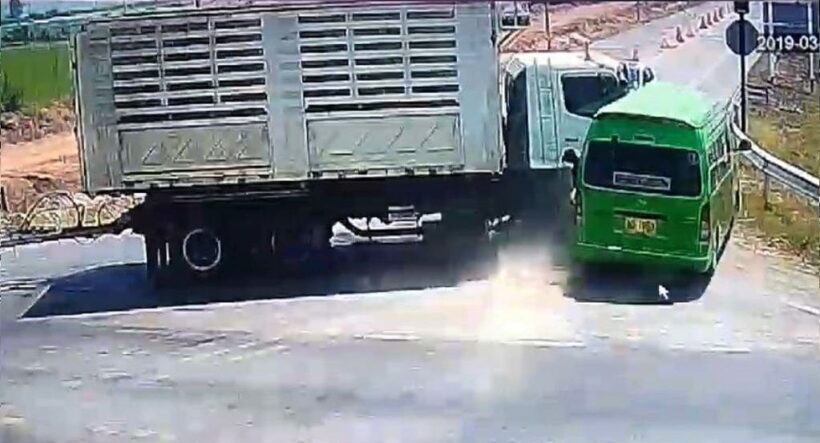 Eight Burmese migrants drowned along with two others that are missing, presumed dead, after a van they were travelling in was hit by a 10 wheel truck and both vehicles plunged into a canal in Kanchanaburi’s Tha Muang district in western Thailand today.

Police say the accident happened at 12.10pm at the Sa Setthi Intersection in Tambon Ban Mai.

About 100 rescuers rushed to the scene to try to save the passengers who were trapped inside the van.

The rescuers were able to retrieve eight bodies, one of them a pregnant woman. Four were rescued and were sent to a nearby hospital.

Officials say two of the group are still missing.

The van was transporting the migrants back to Myanmar.

Thailand ‘slightly impacted’ from a no deal Brexit