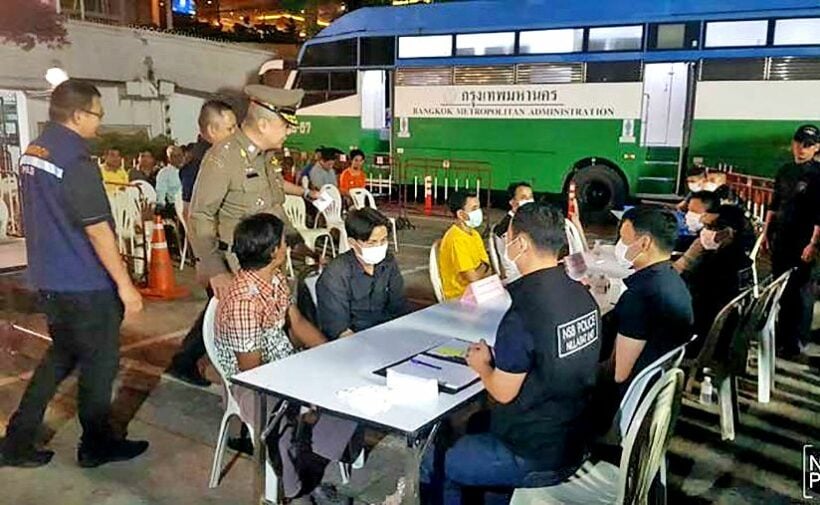 Police have rounded up and arrested another 506 foreigners in their X-Ray Outlaw campaign, mostly for living illegally in the Kingdom.

The results of the recent operations, checking foreigners nationwide, were announced at another late night media conference at the Grace Hotel on Soi Sukhumvit 3 at 1:30 am today by the deputy Immigration Bureau chief.

He said 52 foreigners were arrested for overstaying visa, breaking down to 29 Burmese, 10 Laotians, 5 Indians, 3 Cambodians, 2 Russians, 2 Nigerians, and one Vietnamese.

He said 384 others were arrested for sneaking into the kingdom without documentation. They include 206 Burmesee, 112 Laotians, 52 Cambodians, 4 North Koreans, 3 Indians, 3 Vietnamese, 3 Nigerians, one Pakistani and one Belgian.

A spokesperson say that 70 other foreigners were arrested on other charges: 46 Burmese, 6 Laotians, 5 Cambodians, 2 Vietnamese, 2 Americans, 2 Chinese, 1 Malaysian, 1 Kazakhstani, 1 Indian and 1 Pakistani.

The citizenship of four of the arrested illegal entrants is still being confirmed, according to the Immigration Bureau.