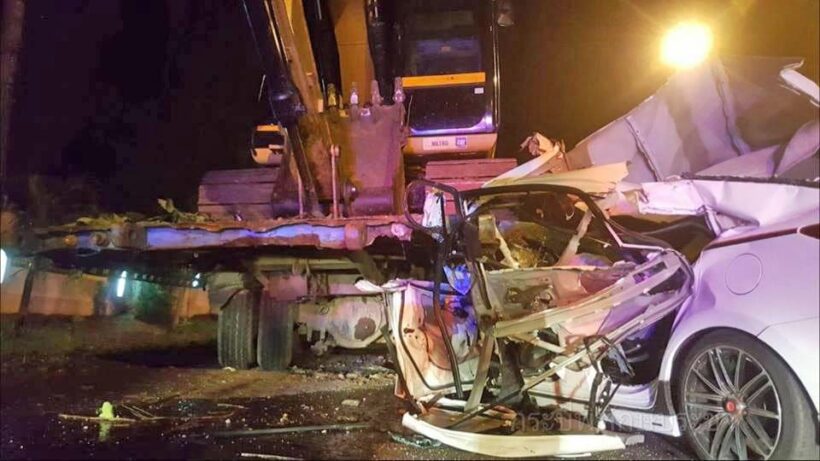 A female driver has sustained minor injuries after driving into the back of a trailer carrying a backhoe in Krabi. Emergency responders headed to the scene of the accident on Monday night in Krabi City.

They arrived at the scene to find a wrecked sedan that had collided with the back of a truck which had a backhoe on its tray. Luckily, the 29 year old female sedan driver had sustained only minor injuries as a result of the collision. She told rescuers she had survived as she was carrying a sacred amulet. 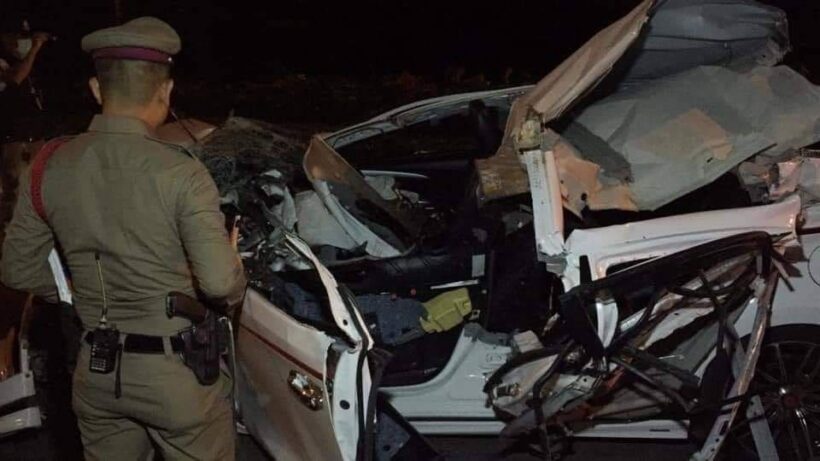 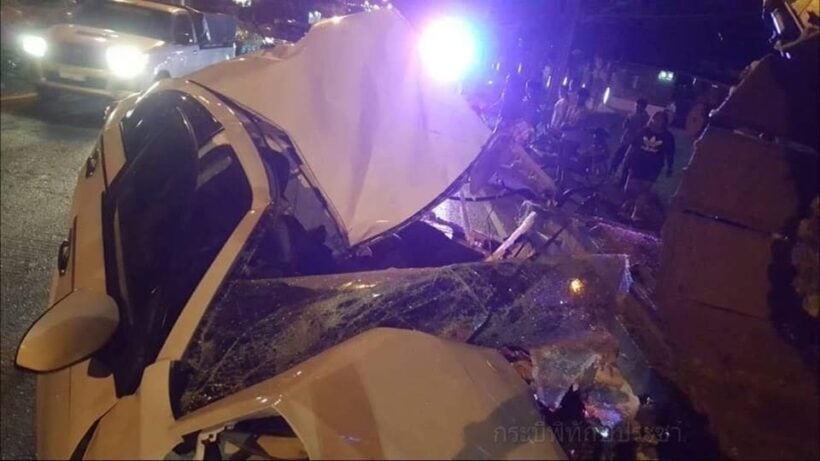 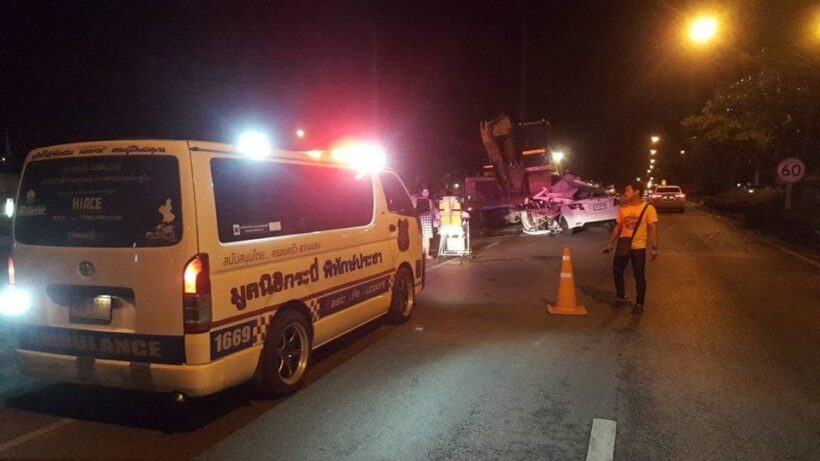 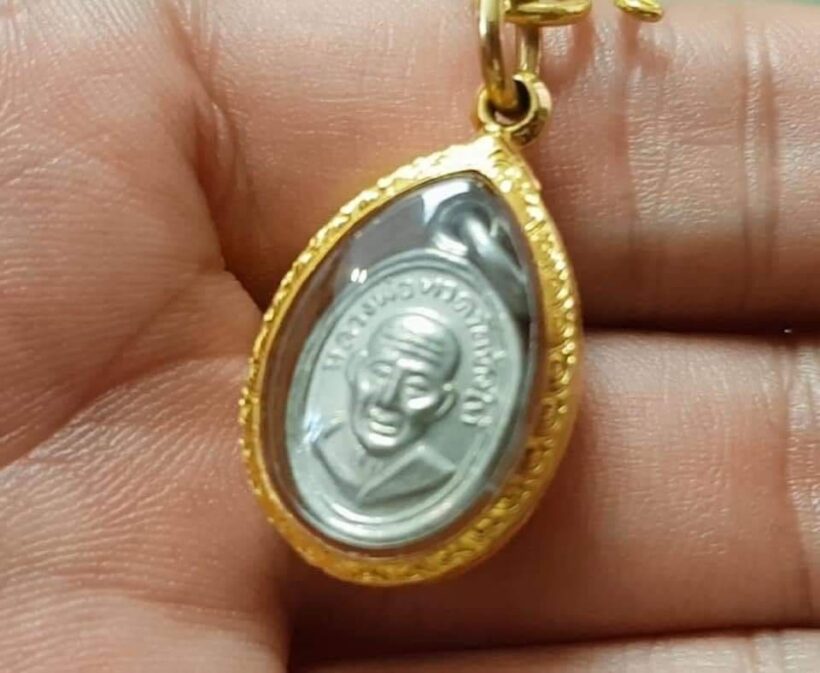 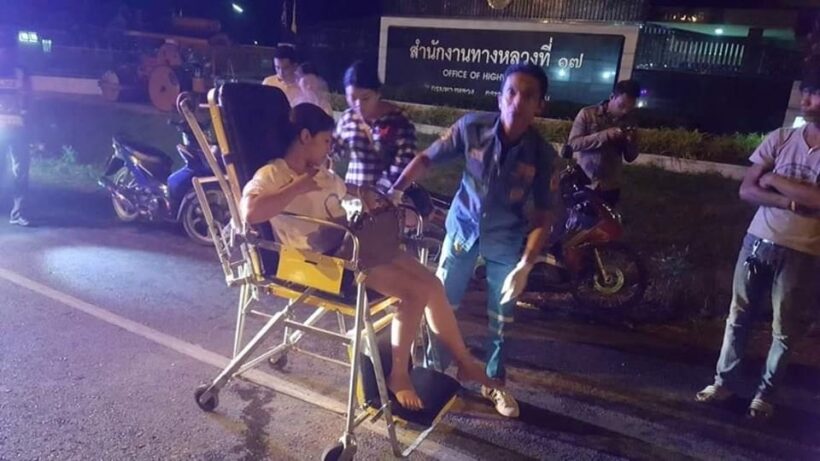 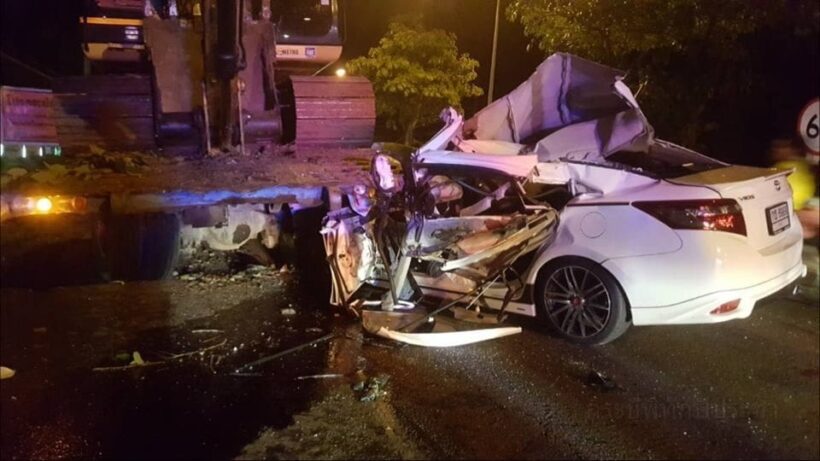