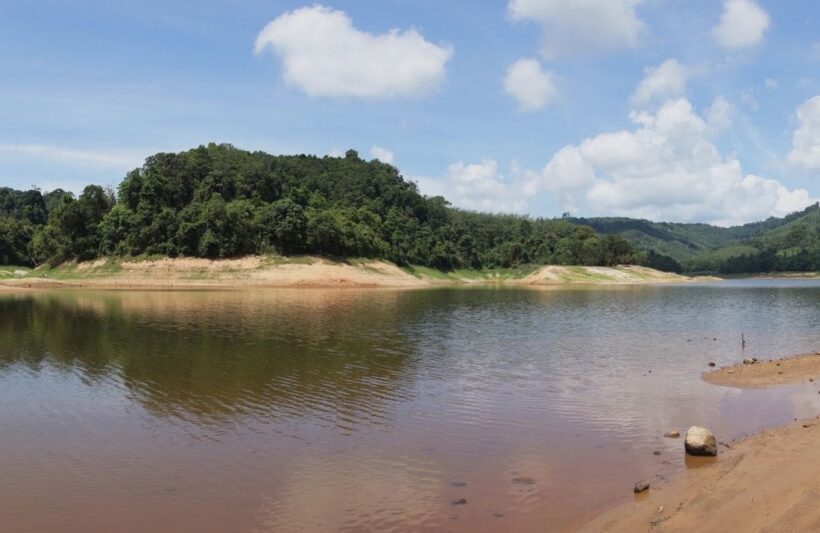 Phuket has an acute water shortage. But there has been no warnings or even suggestions of restrictions from the Phuket Water Authority. Instead residents are heading to the local media to vent their frustration.

On February 6 the PWA foreshadowed odd/even day water restrictions for some residential areas of the island, only to rescind the action the next day saying “there was no water shortage”.

Just the next day “there’s no problems” HERE.

“The Royal Irrigation Department Phuket Project has confirmed that water in reservoirs – Bang Neaw Dam Reservoir, Bang Ward Reservoir and Klong Katha Reservoir are enough. So the PWA can normally service people. Water restrictions are cancelled. We apologise for an inconvenience.”

But in recent weeks the site of water trucks traversing the island has become common – even on the weekend the provincial government requested water trucks to not use Patong Hill on Songkran day, a specific directive at the island’s numerous water trucks that are now doing brisk business at highly inflated prices.

And in recent days The Thaiger has received many messages from all sectors of Phuket saying that their potable water supply has either trickled to a dribble, is highly discoloured or simply stopped altogether.

“Yesterday we woke up with no water in Ketho Kathu. My landlord who lives in the area said “Water off in Kathu? Now we don’t have water here.”

“We have a bore but friends a couple of Sois away in Saiyuan (Rawai) have had little more than a trickle for weeks now.”

“Kamala main street down to less than half a day. Supposed to be a full day every other day.”

“No water in Kathu. PSU area.”

And there’s no escaping the site of Phuket’s three main catchments where the water level is critically low.

The hope is that Songkran, the annual water festival and Thai new year, will bring in the wet-season rains and fill the dams again.

Statistically the monsoonal rains usually start in mid to late April with May being one of the wettest months of the year. Usually.

But the weather is not 100% reliable and the PWA’s non-action on the matter, relying on prayers, high-hopes and crossing their fingers could end up a critical issue if Phuket actually runs out of potable water.

Much of the current problems could have been avoided with the planned water rationing going ahead nearly two months ago, as originally announced. The PWA would have had full co-operation from almost everyone who realises that the island’s fresh water supply is a precious resource that needs professional management.