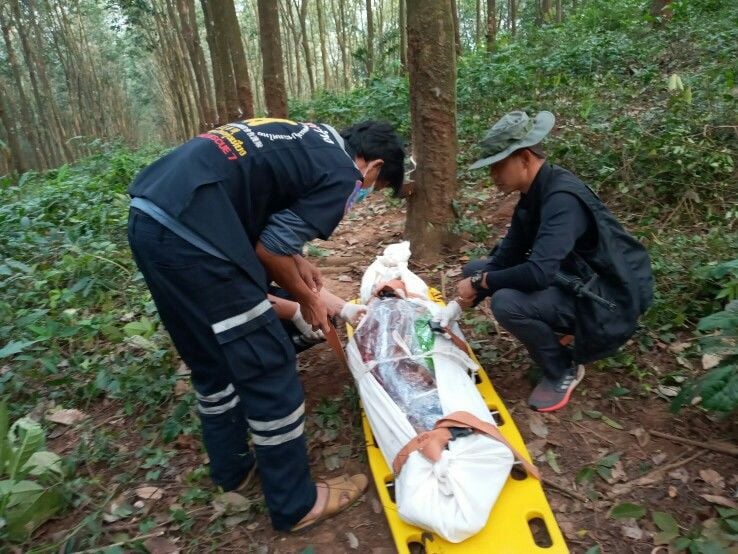 A woman tapping rubber trees was stomped to death by a wild elephant in Chon Buri’s Bo Thong district. She is the third person in the district killed by an elephant in the past month. The wild elephants have been an ongoing problem and district chief Kittipong Kittikul says he’s been trying to control the wild animals in the area.

54 year old Turian Suwanchao went out to the plantation to collect rubber at around 3am this morning with her husband, 56 year old Tian Thongyaem. Tian ran out of the woods at around 5:50am and told the plantation owner, Somjit Haphol, that an elephant attacked his wife. Somjit says he saw a large elephant leaving the plantation and crossing a nearby road.

Turian was dead when police and rescuers arrived. Kittipong says he asked local officials to hunt down the elephant to make sure no one else is attacked.

Earlier that week, on October 19, a herd of 20 elephants ran across a road in the Bo Thong district and into a forest, causing a driver to crash his pickup truck into a elephant.

A local told Pattaya News that 30 wild elephants live in the area and lately the elephants have been more aggressive.