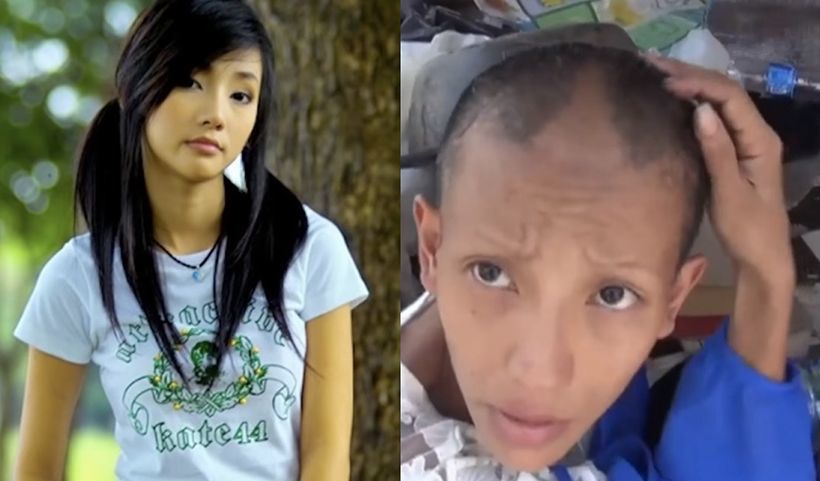 A former TV star was found dead yesterday morning at a home in the Si Racha district of Chon Buri. Si Racha police were notified of the discovery, at a house in the Surasak sub-district, at around 10am. They arrived at the house to find the body of 33 year old Manusanan ‘Tai’ Pandee.

Manusanan had reportedly fallen on hard times and was destitute. No sign of struggle was found on her body or in the house, where she found was lying in a sleeping area. She was discovered by the homeowner, 81 year old Jan Kongkaew, a longtime family friend.

Manusanan was originally from Chon Buri. She was a teenage star 13 years ago and was a supporting actress in a variety of TV shows, movies, commercials and other media. Some of her best-known movies were Noodle Boxer and See How They Run. She also became a prominent singer in Bangkok’s entertainment scene.

But last year, Manusanan was seen with her head shaved, begging on the streets of Chon Buri. She reportedly developed a mental illness after a tragic car incident and was arrested several times for various theft and drug-related charges in 2016 and again in 2018. The crash killed her former boyfriend, also a singer, which reportedly sent Manusanan spiralling into depression and drug abuse.

According to relatives and media, she had privately been dealing with years of substance abuse. A video of her living in poverty and struggling went viral:

Recently, she had stayed with her mother, 53 year old Usa Chankae, at a homeless shelter in Chon Buri. Kongkaew says Usa is now in prison. He didn’t give the nature of her charges or whether she had been made aware of her daughter’s death.

Manusanan asked to stay at his house after her mother went to prison as his family had known her family for a long time. According to Kongkaew, Manusanan looked very sick all this week but had dismissed any attempts to help.

Police are continuing their investigation to find the exact cause of death.