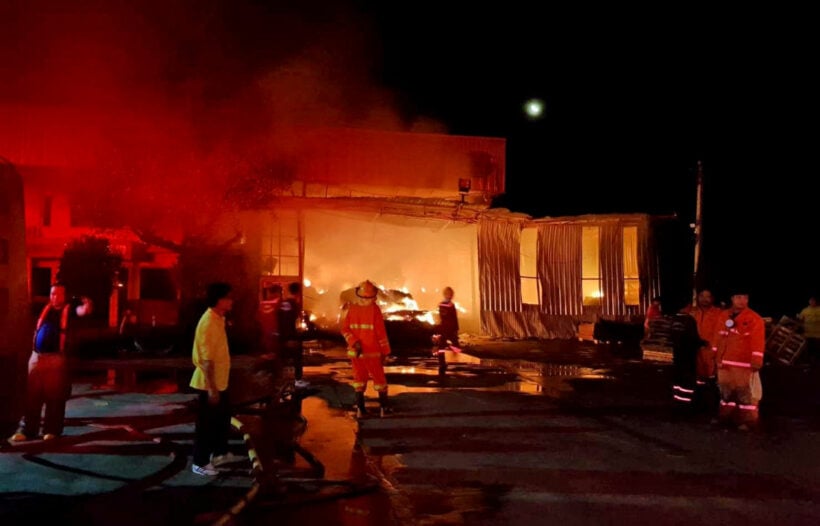 A cardboard box factory in the Wang Noi district of Ayutthaya has burned to the ground in a massive fire this morning.

The Wang Noi police station was alerted at 2am that a blaze had broken out at the factory of Top Gold Products and Packaging on Phaholyothin Road in Tambon Sanab Theub.More than 20 fire units from Ayutthaya and Saraburi battled the flames until dawn but were unable to save the building, which eventually collapsed.

No one was injured in the fire and some 80 workers residing in the living quarters behind the factor were safely evacuated.

The 52 year old Factory owner Chanatthapon Kleepputthinart says the fire started in the middle of the factory where a paper cutting machine was located.

He believes the fire might have been due to a short circuit but that the cause remained to be investigated.

The value of the damage has been estimated at between 40-50 million baht.