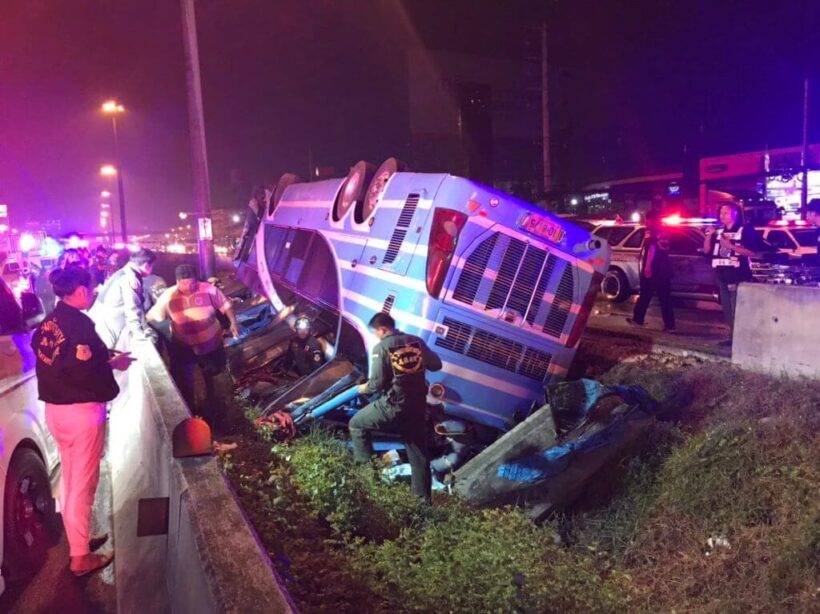 Daily news has reported on the aftermath of a tour bus that crashed in Pathum Thani over the weekend. Pathum Thani is the province neighboring Bangkok to the west.

As relatives of the six dead came to collect the bodies of their loved ones at Thammasat Chalermprakiat Hospital news arrived that the Department of Land Transport was likely to fine the negligent driver a mere 5,000 baht.

The family of each of the dead victims would get just 30,000 baht compensation from the tour bus company that ran the service, Prayat Tour Company.

However, police have charged the 24 yer old driver Pratchaya Wangliangklang with negligence causing death and arrested him.

He claims it was raining and a pick-up in front of him swerved to avoid a crashed motorcycle. In attempting to avoid a collision he says he lost control and ended up overturned in the roadside ditch.

No alcohol was found in his system following a routine breath-test when police arrived on the scene of the incident.

Some 56 people were injured in the crash according to Daily News. The bus was inbound to Bangkok on the Phanom Phrai (Roi-Et) to Bangkok route.

A video after the crash on Channel 8 showed Ruam Katanyu foundation rescue responders using cutting equipment to extricate the victims inside the double-decker after it overturned. 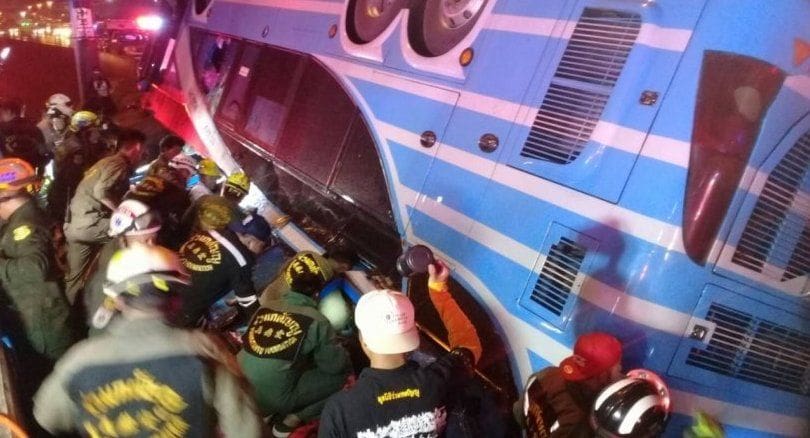 Saudi teenager allowed to stay in Thailand, for now