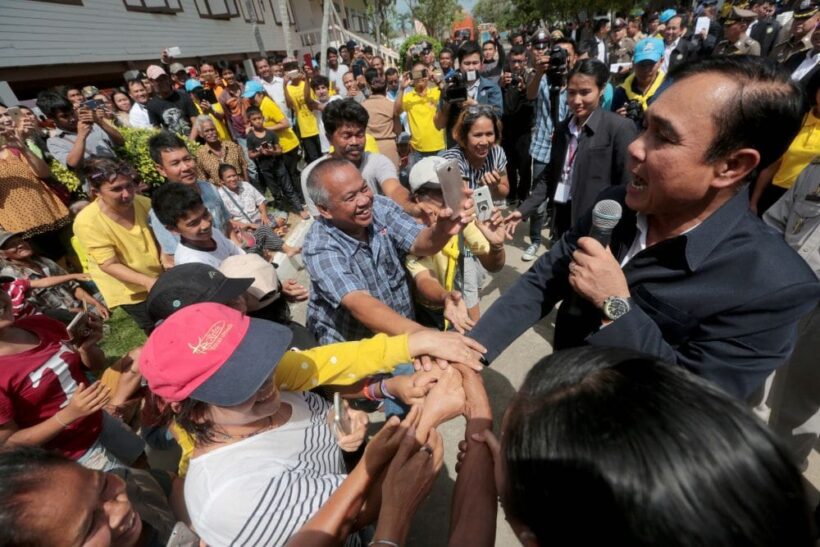 Between January 3-6, Pabuk was responsible for the death of four people and has affected the lives of more than 720,000 in 23 southern provinces.

The death toll from the storm has now risen to four while three southern provinces are still reeling from its impact yesterday.

The Disaster Prevention and Mitigation Department director-general Chayapol Thitisak said that his department was collaborating with relevant agencies in relief operations.

“Of these provinces, three – namely Nakhon Si Thammarat, Surat Thani and Chumphon – are still in the disaster phase.”

Chayapol said efforts for victims would include compensation, which would be awarded in line with Finance Ministry guidelines.

One of the four victims killed by Pabuk was 69 year old Preecha Jankaew who died while trying to help other storm victims.

During his visit to the storm-hit province Prayut also met with many victims and instructed authorities to repair all public facilities within seven days.

“Houses damaged by the storm must be repaired within one month,” Prayut said.

54 year old Wandee Janchid said locals have put down 20,000 baht to hire a backhoe for road repairs in the hope that they would be able to quickly sell their durian and find food.

“Our supply is running out,” she said.

In Chumphon province, its deputy governor Somporn Patchimpetch said authorities would prepare better measures for evacuating victims after a 91 year old woman succumbed to a blood infection during the evacuation.

Southern rail services back to normal