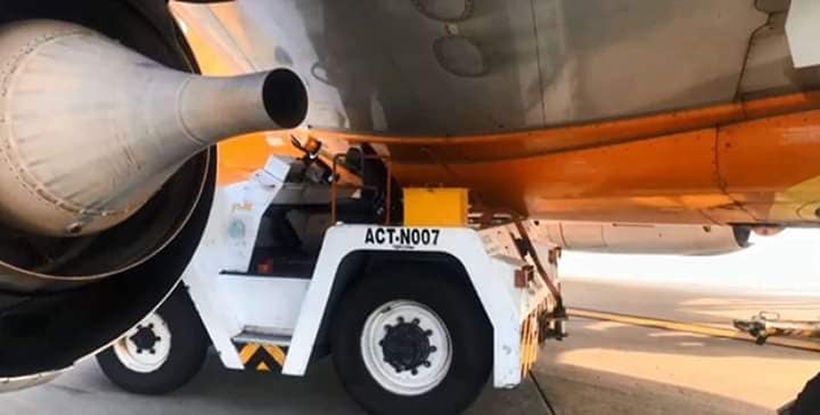 PHOTO: The Nok Air aircraft and tug involved in this morning's fatal incident - Screenshot from TV Channel One31

One employee is dead and another injured after an accident this morning at Bangkok’s Don Mueang Airport. A Nok Air plane hit a tug towing it to the passenger ramp at Don Mueang airport, killing the tug driver and injuring another employee. The incident occurred around 8am.

The coupling between the tug and the plane became loose and the driver had to stop the vehicle. The plane continued forward and collided with the tug, severely injuring the driver, who later died. Another employee was also hurt and rushed to hospital.

The plane involved was grounded and the flight delayed for about an hour. A replacement plane departed at 9:50am with all passengers.