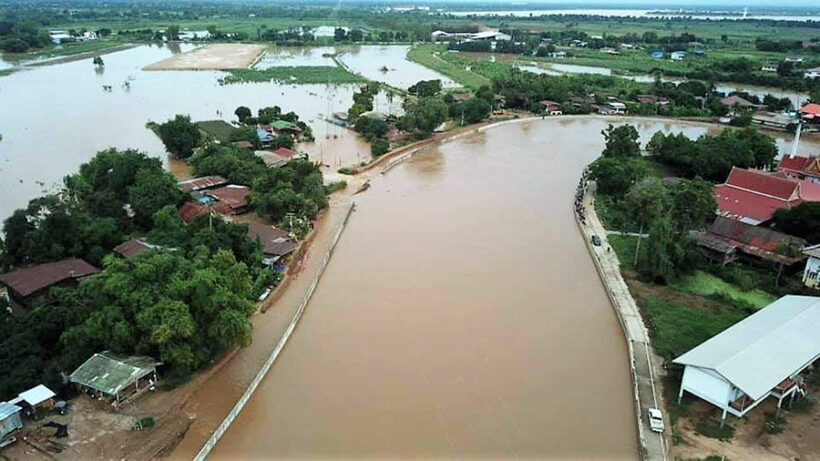 The devastation wreaked by heavy floods in Sukhothai and Phitsanulok, provinces in the lower-north of the country, can be seen from space. A report in Nation Thailand says an Italian satellite, Cosmo Skymed-1, has captured photos that show over 125,000 rai of land is submerged as a result of heavy rainfall in the area. 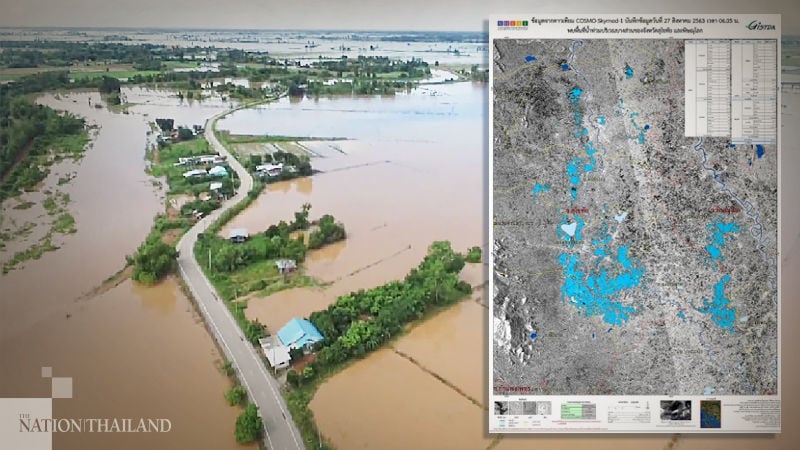 Around 100,000 rai is underwater in Sukothai province, affecting residents in 6 districts. 25,000 rai of land is submerged in Phitsanulok, affecting villages across 3 districts. Farming fields and low-lying valleys have borne the worst of the flooding, with 14,000 rai of Sukothai’s rice fields and 2,000 rai in Phitsanulok underwater. A water diversion operation initiated by His Majesty King Rama IX has been put into operation, re-directing water to retention basins.

Should foreigners go to protests and get involved in Thai politics?