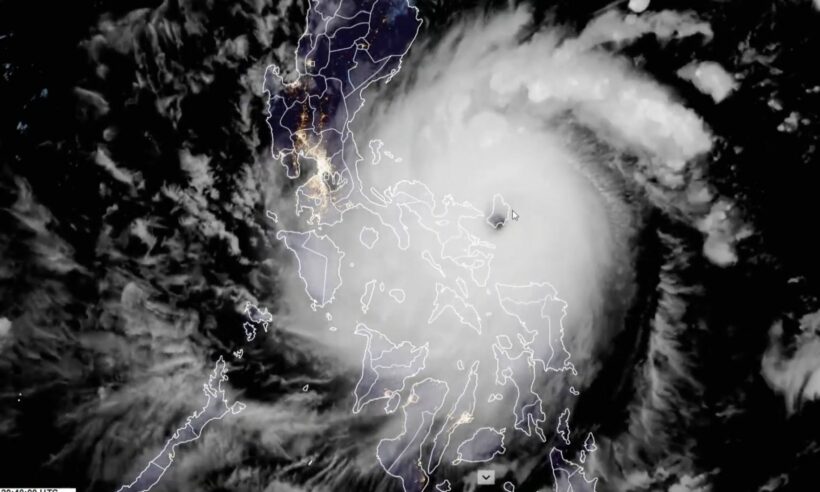 Typhoon Goni, aka. ‘Rolly’, the region’s most powerful typhoon for 2020, has crossed the coastline in The Philippines packing sustained winds of 225 kilometres per hour.

Goni hit Catanduanes island this morning just before 5am, Philippine time. It then moved onto the northern island of Luzon, and will pass some 100 kilometres south of the capital Manila. More than 500,000 people have been evacuated from the typhoon’s projected path and in low-lying areas. Additionally some million people in the eastern Bicol region of Luzon had voluntarily left their homes to seek shelter in government safety posts or just away from the path of the storm.

“The Philippine Atmospheric, Geophysical and Astronomical Services Administration is predicting destructive typhoon strength winds and life-threatening storm surges of more than 9 feet that can cause damaging coastal inundation. The forecast also call for heavy rains which can create flooding and landslides.” 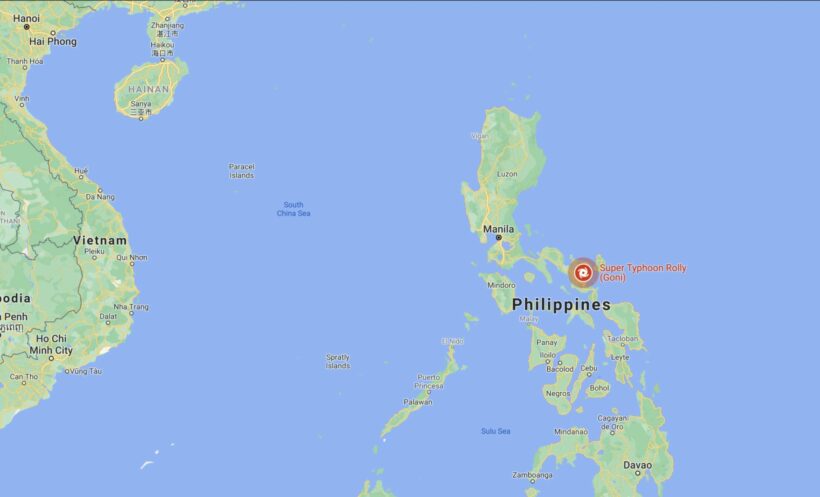 Official warnings of “flooding, rain-induced landslides and sediment-laden streamflows” have been issued for areas of Luzon, as well as the islands of Visayas and Mindanao.

The storm is moving westwards at 25 kilometres per hour, and would have crossed Luzon island and made its way into the South China Sea by this afternoon. Philippine government disaster mitigation officials have made preparations, complicated by the country’s Covid-19 crisis which has led to 380,729 local infections and 7,221 deaths. In the past 24 hours the number of registered new infections was 1,803.

Government co-ordinators were also shipping in relief food and emergency packs, heavy machinery and personal protective equipment to areas of need. The Philippines is hit by an average of 20 storms and typhoons a year. Meteorologists describe Goni as the most powerful storm to hit The Philippines since Typhoon Haiyan in 2013 killed more than 6,000 people. Goni is also projected to follow the trajectory of Typhoon Molave, which killed 22 people in the Philippinnes last week and then went on to cross Vietnam’s border killing another 35 people.

OBITUARY: Sean Connery, the original Bond and the sexiest man of the 20th century