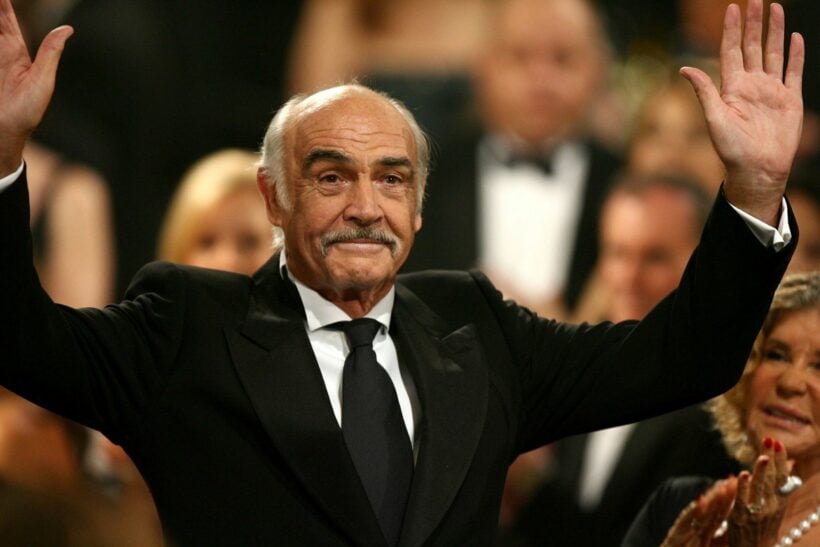 Sir Sean Connery has died aged 90. Jason Bond, his son, announced that he had died peacefully in his sleep after being “unwell for some time”. His career spanned some 70 movies.

He was the first actor to have portrayed Ian Fleming’s British spy character James Bond, playing the role 7 times from 1962 to 1983. He won an Academy Award for Best Supporting Actor for his role as Jimmy Malone in The Untouchables (1987), and extended his acting chops with his portrayal of Mark Rutland in Marnie (1964), Juan Sánchez Villa-Lobos Ramírez in Highlander (1986), Henry Jones (Indiana Jones’ dad) in Indiana Jones and the Last Crusade (1989), Captain Marko Aleksandrovich Ramius in The Hunt for Red October (1990), and Allan Quatermain in The League of Extraordinary Gentlemen (2003). He also won 2 BAFTA Awards, 3 Golden Globes, and a Henrietta Award.

Jason Connery, also an actor, said his father died on Friday night while in the Bahamas with many of his family at his bedside.

“We are all working at understanding this huge event as it only happened so recently, even though my dad has been unwell for some time. A sad day for all who knew and loved my dad and a sad loss for all people around the world who enjoyed the wonderful gift he had as an actor.”

Born Thomas Sean Connery in 1930, he grew up in Edinburgh leaving school at 14 to work as a milkman. In 1948, he joined the Royal Navy, but was later discharged on medical grounds. He began bodybuilding aged 18, and got work as a life model, among many jobs, and entered the Mr Universe contest in 1953, but didn’t win. Whilst in London he auditioned for a stage version of ‘South Pacific’, ending up in the chorus.

He then appeared in multiple repertory theatre shows and eventually small TV roles. His first credited film role arrived in 1957, playing a hoodlum in the 1957 British thriller No Road Back, then Rod Serling’s ‘Requiem for a Heavyweight’ that provided his breakthrough lead role, playing a boxer facing the end of his career in the ring. More films followed but it was his casting, at the age of 30, in the first film adapted from Ian Fleming’s series of James Bond novels that cemented his screen status.

Dr No was a huge success, despite its low budget low. He then went on to appear in 4 more Bond films from 1963 and 1967 – ‘From Russia With Love’, ‘Goldfinger’, ‘Thunderball’ and ‘You Only Live Twice’. His increasing disenchantment at being typecast as 007 saw him drop out of the next Bond film, ‘On Her Majesty’s Secret Service’, played by Australian George Lazenby, but Connery was lured back for ‘Diamonds Are Forever’ in 1971 with a suitable fee for his trouble. Despite saying “never again”, he eventually participated in ‘Never Say Never Again’, the “unofficial” Bond film released in 1983 that ended up in a long legal battle.

Even Roger Moore, Sean Connery’s successor as James Bond, always said that Sean was the best Bond of all time.

He then went out of his way to work on movies that would take him out of the action her/spy genre and took the lead in John Boorman’s bizarre sci-fi fantasy ‘Zardoz’, ‘The Man Who Would Be King’, played a middle-aged Robin Hood in ‘Robin and Marian’, and a monk in ‘The Name of the Rose’.

He won his only Oscar in 1988 for the Irish beat cop in ‘The Untouchables’, he relished playing Indiana Jones’s ‘difficult dad’ in ‘Indiana Jones and the Last Crusade’, and a renegade Russian submarine captain in ‘The Hunt for Red October’. His final major role was in The League of Extraordinary Gentlemen, where he and the director had famous clashes. Connery then semi-retired from acting in 2003, but kept doing voice overs and work for supporters of Scottish independence.

Sir Sean was married twice. First to Australian-born actor Diane Cilento between 1962 and 1973, and then to the French-Moroccan Micheline Roquebrune in 1975. He is survived by Roquebrune and Jason, his son with his first wife.

“Sean Connery, who gave up his license to kill when he walked away from the James Bond movies, has a new title: “Sexiest Man of the Century″. The Scotsman was the No. 1 choice in a survey conducted by New Woman magazine and the Web site Women.com. Connery defeated Brad Pitt, Mel Gibson and Paul Newman.

England heads back into lockdown for a month

‘Goni’ slams into Philippines’ coast, most powerful typhoon of the year – VIDEO