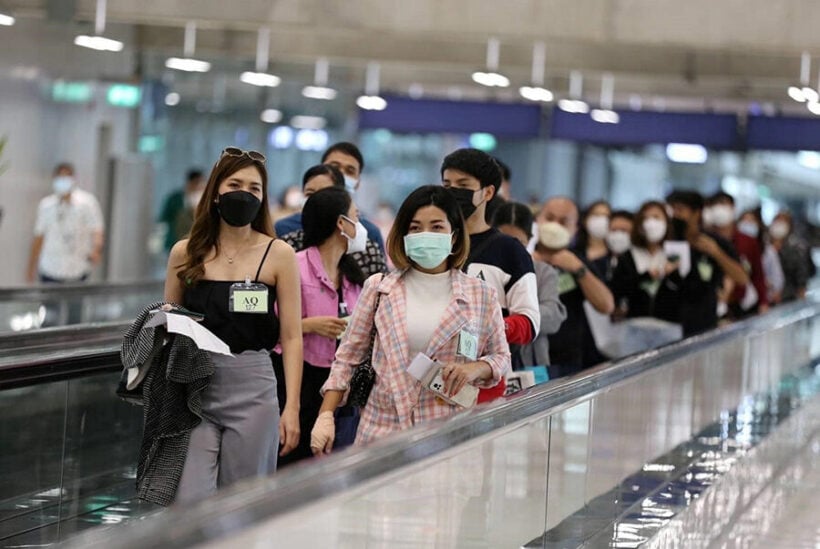 A number of groups representing tourism operators in the south and east of the country, as well as the Thai Hotels Association, are calling for all entry restrictions to be lifted from next month. The Bangkok Post reports that the groups have written an open letter to PM Prayut Chan-o-cha and other government officials, calling for the country to be fully re-opened to foreign visitors from March.

“Thailand needs to further relax Covid-19 restrictions for tourists now, or else it may lose the ability to compete with other nations.”

The Philippines recently lifted the requirement for PCR testing on arrival for foreign visitors, while Vietnam has confirmed it will re-open to foreign tourism in March. Vietnam’s entry requirements are similar to what Thailand had originally – before Test & Go was given a makeover. Foreign arrivals have to quarantine for 24 hours, and test negative for Covid-19 before departure and upon arrival.

In their letter, tourism representatives say the government needs to do away with repeat PCR tests for foreign tourists from next month. They add that April is an important month for tourism, as Easter is a popular time for foreigners to travel and many come to Thailand for the Songkran holiday.

The letter goes on to cite the low number of infections found during PCR tests on overseas arrivals. Using data from Phuket between February 1 and 13, the letter states that the infection rate among overseas arrivals was 2.17% on day 1 and 3.56% on day 5.

“Still, these infected tourists have apparently not caused any burden on the country’s healthcare system as their infection rate is very close to that of the common flu.”

HighSo
1 hour ago, Jimbo111 said: Western australia opens in March (one of the most locked down countries) ,so who knows . „Opening up“ for triple-vaccinated 😂😂 This is not opening up. Opening up for everyone without the dictatorial surveillance digital…

PapayaBokBok
Im waiting to see if they ever let the entry insurance go......that will show me how desperate they really are......as the well begins to crack from being so dry....
HiuMak
11 hours ago, Jimbo111 said: Western australia opens in March (one of the most locked down countries) ,so who knows . it is a state of Australia not a country
HiuMak
22 hours ago, Thaiger said: A number of groups representing tourism operators in the south and east of the country, as well as the Thai Hotels Association, are calling for all entry restrictions to be lifted from next month. The…

Faz
A number of off topic posts attempting to derail the topic into a debate about vaccinations have been removed. If you wish to discuss the controversial ethics of being vaccinated or not there is a section within the forum specifically…

New Visa for foreigners to work in Thailand I GMT