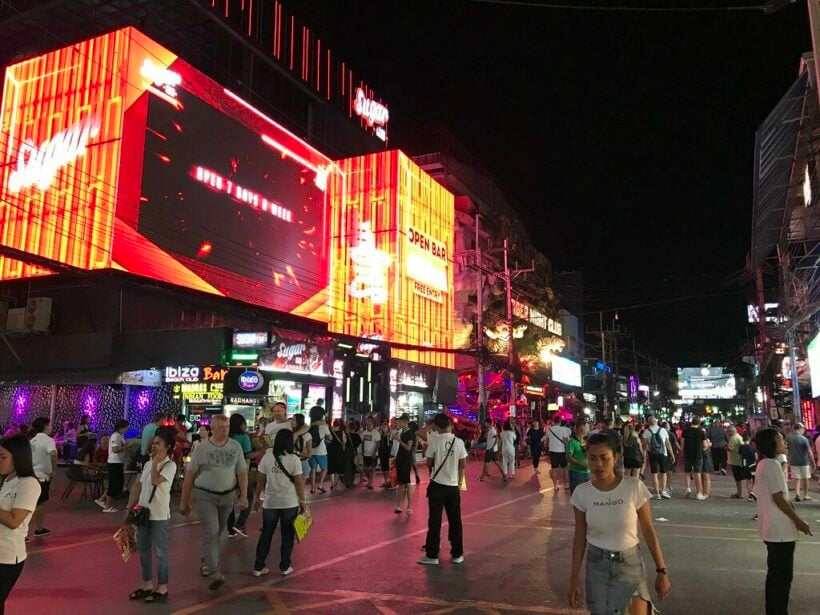 Pattaya bar owners are waiting for the Centre for Covid-19 Situation Administration to allow businesses to close at later times, as a decision is expected today to reveal new provincial risk assessments. If Chon Buri province, which features Pattaya, is determined to be a “green” zone by the CCSA, the businesses would be allowed to stay open past midnight, with the hopes of getting more revenue from domestic tourism.

Chon Buri province is currently a “yellow” province but today has marked 2 weeks without a single local case of Covid-19. If the province is labelled “green” it would fall under “low surveillance.” But that doesn’t mean the midnight closure rule would be guaranteed to be relaxed.

Pattaya has always been broken down into “special administrative zones” in which the nationwide rules of closing up bars and businesses by midnight, was always ignored, depending on which zones the bars were located.

But such a bending of rules has been banned under the nation’s Emergency Decree to help control the spread of Covid-19, at least before the second wave hit. Meanwhile, the CCSA is mulling whether to end the Emergency Decree and replacing it with the Communicable Disease Control Act, which would allow Pattaya to adhere to closing times, once again, under its special administrative zone status.

Just 2 weeks ago, the Pattaya announced plans to hold Songkran, or the Thai New Year, which normally includes water splashing and water fights, but now the government has essentially banned such activities.
Thailand’s Public Health Minister says the government’s Covid-19 task force will also meet today to decide how Songkran will be celebrated, including the activities to be allowed in the new normal era. While a ban on inter-provincial travel is not expected, Anutin Charnvirakul says provincial governors will impose health screening protocols on those moving between provinces.
SOURCE: The Pattaya News