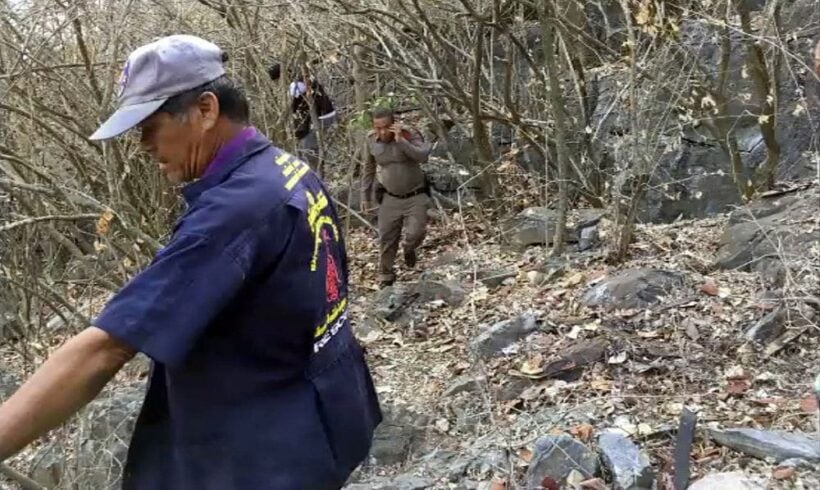 A 24 year old Thai, charged over the rape and murder of a 27 year old female German backpacker on Chon Buri’s Koh Si Chang on Sunday, has re-enacted the horrific crime that has shaken public morale on the popular island.

Koh Si Chang injuste north-west of Pattaya in the Gulf of Thailand.

Ronnakorn Romruen, a resident of the Moo 2 village on Koh Si Chang has allegedly confessed to the crime and the re-enactment was held yesterday. Ronnakorn was swiftly arrested after the woman’s body was found with a broken neck and serious wounds to her face and head on Sunday evening.

The man reportedly confessed that he had seen the victim, whom he described as “a good-looking woman travelling alone”, and become sexually aroused after taking illicit drugs.

Chon Buri deputy superintendent Pol Colonel Sakrapee Priewpanich told the media yesterday that Ronnakorn followed the woman and later killed her by hitting her with a rock after raping her, in order to prevent her reporting the attack, he reportedly told police.

Police have charged the man with premeditated murder, rape and hiding a body to conceal the crime.

Ronnakorn was escorted by 40 police officers whilst performing the ritual re-enactment at 10am. There were plenty of locals and attending media expressing their disgust at his alleged acts during the re-enactment.

He showed police five spots related to the crime.

Ahead of police bringing Ronnakorn to appear before Chon Buri Provincial Court to apply for his first 12-day detention, his mother 43 year old Nonglak Phosaeng delivered some clothes for her son to Koh Si Chang police station and made a tearful apology to the public over his alleged crime.

She said her son, who lived alone in a separate rented house, was single and made a living as a part-time garbage collector.

A local food vendor said the rape and murder had affected the island’s tourism as many foreign visitors had left following the news. 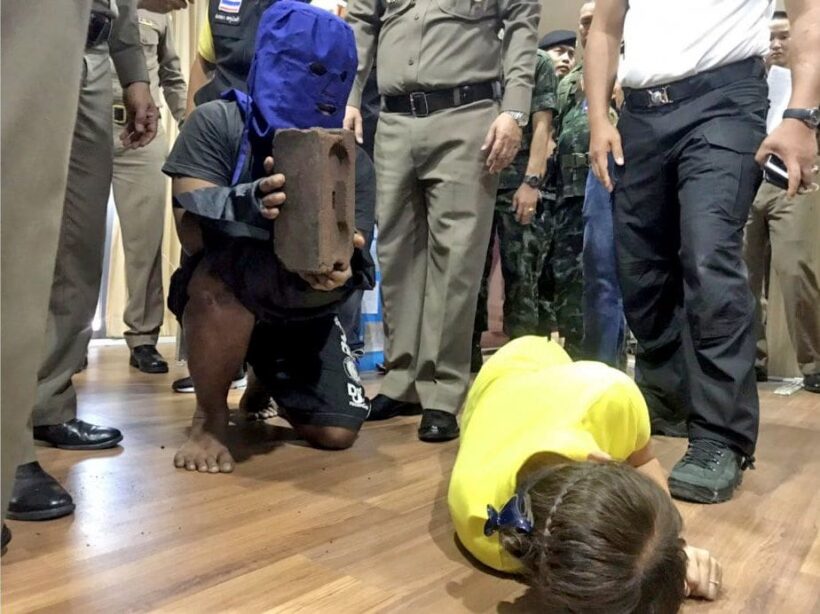