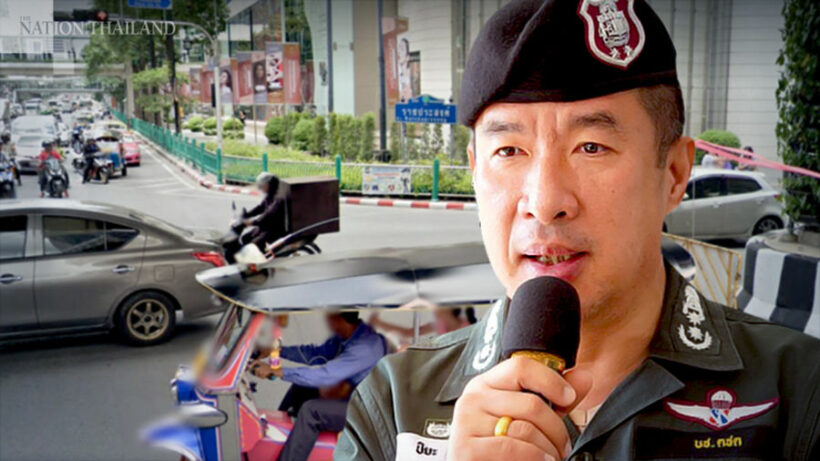 The deputy commissioner of the Metropolitan Police Bureau has confirmed that charges will be brought against 31 people from both pro and anti-establishment groups, following protests in Bangkok earlier this week. Piya Tawichai says 14 people face charges for offences committed in the area of the Parliament building last Tuesday, while a further 17 are being charged for crimes committed outside a Royal Thai Police building in central Bangkok the following day. He says all those being charged will be summonsed next week.

According to a Bangkok Post report, the charges include the serious charge of attempted murder, as well as assault, disorder, damage to government property, gathering without prior approval, as well as breaking land traffic and cleanliness laws. PM Prauyut Chan-o-cha has implied that protesters could also face lèse majesté charges.

Piya says that 3 people who were shot have been interviewed by police and are from both the royalist and the anti-government side. On Tuesday, the Erawan Medical Centre in the capital confirmed that it had seen 6 gunshot victims, among a total of 55 people injured. Police have denied using real or rubber bullets during the melee.

Pro-democracy activists have been protesting since mid-July, calling for the PM’s resignation, the dissolution of Parliament and reform of the Monarchy – all which are considered anti-establishment demands by the government and, politically, a long long way from the current regime’s thinking

Another anti-government group, the “Bad Students” is planning another rally today at the Ratchaprasong intersection in Bangkok, while a major protest is set to take place outside the Crown Property Bureau next Wednesday. The Ratchaprsong intersection is adjacent to the Central World shopping complex, the Erawan Shrine and Ratchadmri Road.