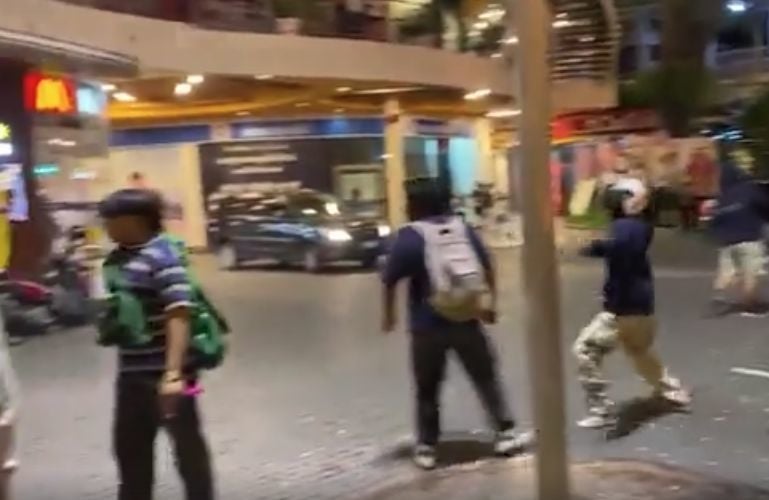 SCREENSHOT: The moment an assailant throws an object into the crowd, seconds before a small explosion - The Standard

More reports of shootings at anti-government protests last night. The venue for yesterday’s rally was switched on Tuesday night and police, all prepared for a large protest outside the the Crown Property Office, were thin on the ground at the new venue. 2 people were injured in last night’s incident.

Shots were reportedly fired at anti-government protesters at the end of yesterday’s rally outside the Siam Commercial Bank headquarters, Thailand’s oldest bank. Khaosod  and The Standard reports that 2 people have been shot.

Witnesses say that, just after 10.10pm, there was an explosion, with up to 4 gunshots fired. A gunman was apprehended whilst other alleged shooters escaped into the crowd. Both the injured protesters were rushed to hospital. The protesters had their own security contingent present at yesterday’s rally, some 50 volunteers, who co-operated with police in their immediate investigation into the incident.

Video from The Standard news was able to record the explosion as it was thrown at the protesters. At this stage the formalities of the protest had finished and participants had started to make their way home. A man, wearing a bike helmet, can been seen throwing an object into a crowd of protesters directly behind The Standard reporters HERE. From some of the photos taken by the agency the ‘bomb’ appears to be a pipe bomb.

Traces of spent bullet casings were also found at the scene and police seized a handgun from the man who had been busted as one of the alleged shooters. 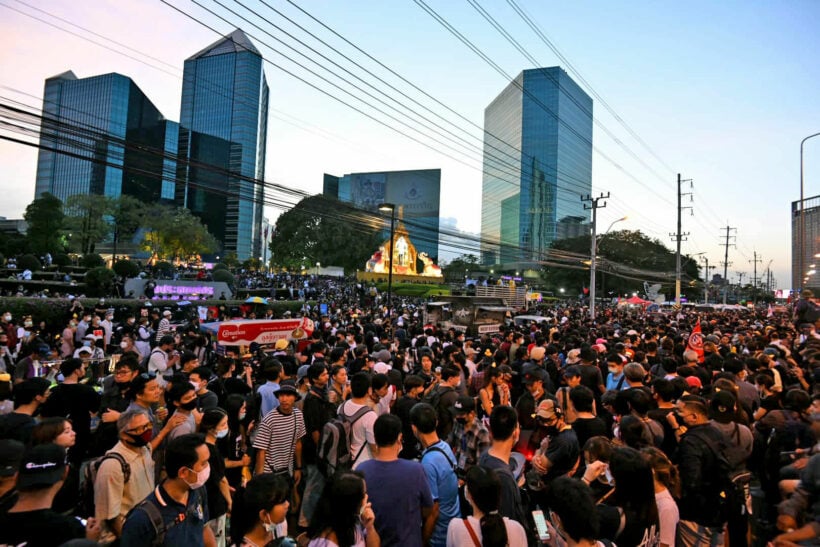 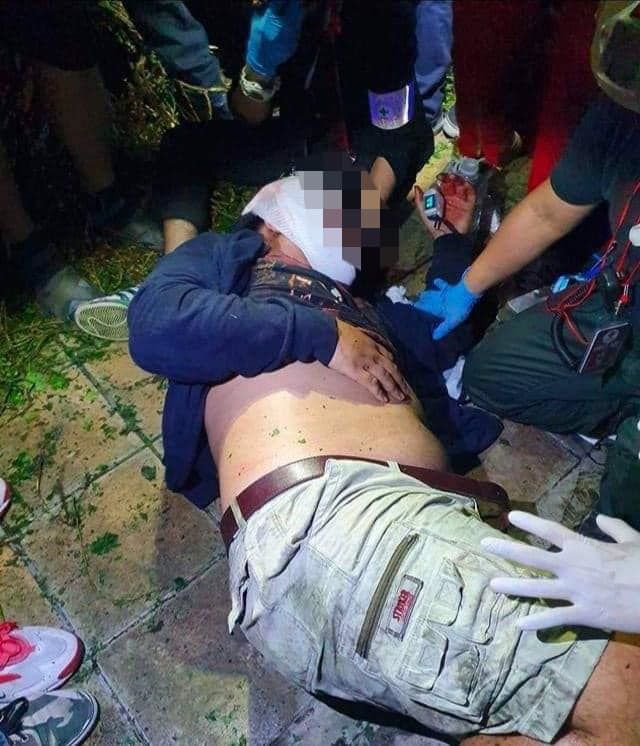 Yesterday’s rally location was switched at 10.30 pm on Tuesday night by anti-government protest leaders. Originally the protest was to be held outside the Crown Property Bureau, a symbolic location taking direct aim at the Thai Monarch and the management of his finances. Police secured the area yesterday morning and put 6,000 police on duty to keep protesters at least 150 metres away from the building. They even erected steel shipping container towers to block roads to the building in Phitsanulok Road. But the public announcement had already been made the night before to move the protest to the Siam Commercial Bank HQ, again a symbolic location.

His Majesty King Vajiralongkorn is the largest single shareholder of the venerable institution, Thailand’s first bank, established in 1907. Protesters claim they changed the venue of yesterday’s rally to avoid possible confrontations with pro-government/royalist groups who had announced counter protests at the same venue.

Outside the Thai Parliament on November 17, 6 people were injured, according to medics from the Erawan Medical Centre who attended to their wounds, from live rounds. Police are still investigating these incidents. It was at this protest that police, unable to contain the anti-government protesters, retreated and allowed both anti-government and pro-government/royalist protest groups to hurl objects, including bricks and rocks, at each other. Police did little to intervene in the chaos. 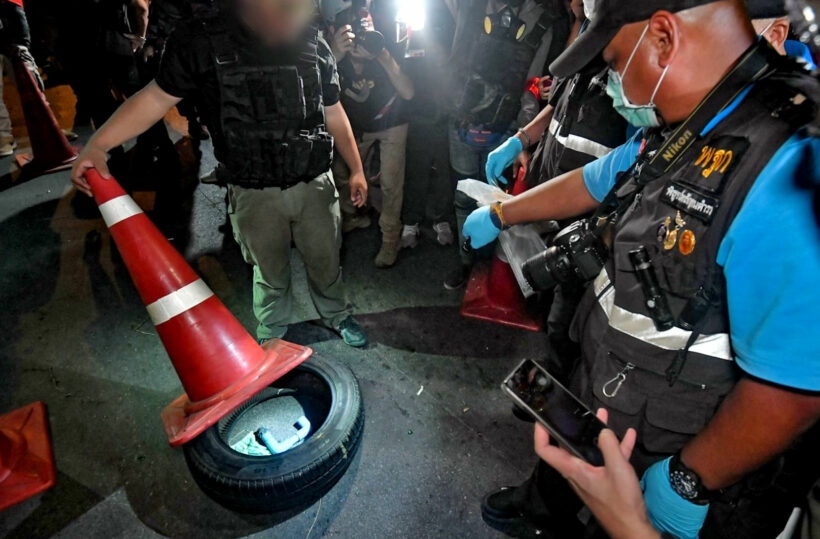 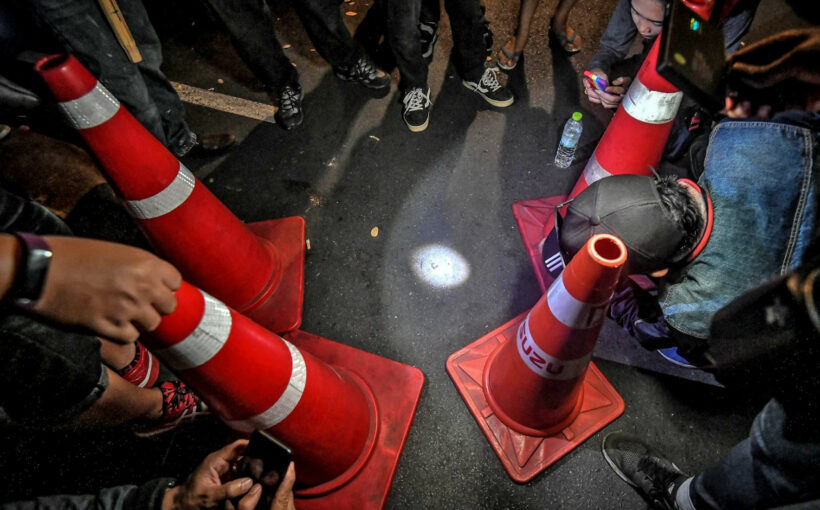 Thai PM insists martial law will not be used against protesters