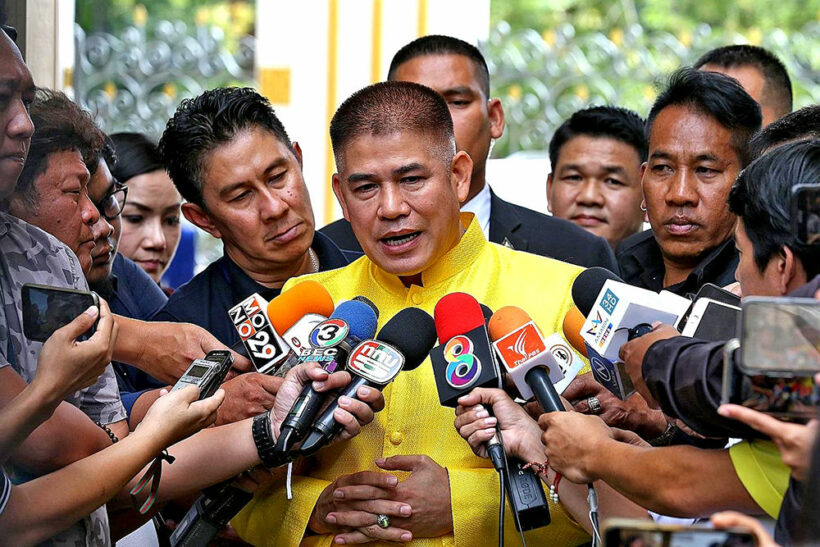 The BBC’s Thai affiliate has published notes of an official document obtained from a visit to an Australian court, stating that Manat Bophlom one of the former names used by the Thai Deputy Minister of Agriculture and Cooperatives Thammanat Prompao, had served four years in jail for on charge of conspiring to import heroin to Australia.

Early in September, Australia daily newspaper, the well-respected Sydney Morning Herald, broke the news about Manat’s jail term, prompting Thammanat to accuse some Thais and foreign journalists of creating a smear campaign against him.

The Nation reports that Thammanat has consistently denied the allegations made in the articles and threatened to sue the Sydney Morning Herald and media outlets carrying the story.

BBC Thai reported on Tuesday this week that Thammanat had said to the UK’s world service that he was asking Thailand’s Ministry of Foreign Affairs to contract Australia for a copy of the court verdict.

The story, covered by BBC Thai this week, has received scant coverage in Thai media, so far. Excepting Khaosod and the original report in the BBC Thai-language affiliate, the story is being largely ignored.

Reporters from BBC Thai went to the Downing Street court in Sydney last month to make notes from the court record and collect facts about the case with permission from court officials. They were allowed to use their laptop, but prohibited from photo-copying the document, according to BBC Thai.

The documents stated that ‘Manat’ was arrested by Australian police on April 15, 1993 at a guest room in Palage Hotel near Bondi beach. together with three persons including a Thai and two Australians, according to a report in The Nation.

The court record indicates that ‘Manat Bophlom’ had admitted to the charge of conspiring to import a commercial quantity of heroin to Australia on November 15, 1993. The presiding judge handed down the verdict on March 31, 1994 and sentencing ‘Manat’ to six years in jail. The court said he would be eligible for release after serving at least four years of his sentence.

‘Manat’ was deported from Australia after being imprisoned for four years in Sydney, according to the BBC Thai report.

BBC Thai cited that Thammanat said to BBC Thai via telephone on October 4, 2019 that he did not plead guilty to the charge, but instead asked for negotiations between his attorney and the court.

He said he had not been involved in drug smuggling. He said at the time of his arrest, he did not have much experience or enough money to fight the charge, BBC Thai quoted him as saying.

“Too good for its own good” – The Thai economy