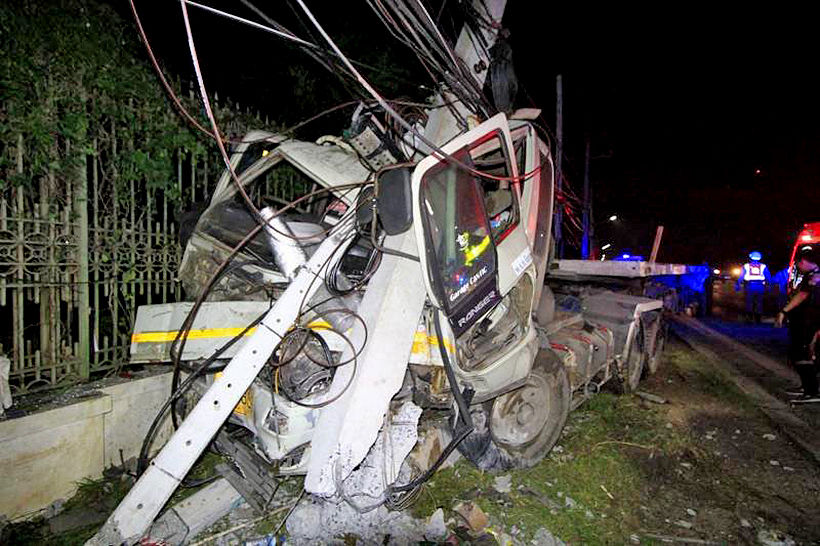 An 18 wheel truck driver has driven into a communications pole in Pathum Thani, just north of Bangkok, leaving locals without electricity and the internet. The driver told the media that he drove his vehicle into the pole after losing control of the truck during a coughing fit.

44 year old Preecha was only slightly injured in the incident but told the media that he had been coughing for days. Some reporters helpfully suggested that he shouldn’t have been driving if he was still coughing.

The report was part of a Daily News campaign to raise awareness about the horrendous Thai road toll.

Wednesday was a better day that usual with fewer people dying on the roads than the daily average. 30 people died on Thai roads nationally but Daily News warns that these numbers are those that die at the scene of accidents. In reality the figures will be higher especially when all fatalities, both at the scene and in hospitals, are finally reported. Deaths at the scene this month, according to Daily News, are so far 404 people.

The total for the year stands at 11,313. Thailand is currently listed as the world’s fourth most dangerous roads, sitting behind three African countries.

Thief gets away with 50 phones and gold in Bangkok